Proverbs 17:17  “A friend loves at all times, and a brother is born for a time of adversity. “
I was speaking with 2 great friends just recently and the question arose:
“What do you think is the most important quality for a good friendship?”
There was some great conversation that followed.   The phraseology was a bit different amongst us but the attribute that seemed foremost was that of ‘loyalty’ - trustworthiness, fidelity, allegiance, …
This conversation caused me to realize that I am very fortunate to have some very good friends.  Loyal friends.   Friends that I truly believe would never say anything bad about me to someone else.   That’s a good thing!   That’s a blessing!
And I have a great trust that they would stick up for me when someone else might question something I said or did.
Proverbs 17”9  “Whoever would foster love covers over an offense, but whoever repeats the matter separates closefriends.”    Ouch!
This does not mean that they would cover for mistakes that I am capable of making.  A 2nd friendship quality of honesty and openness  would oblige a good friend to say “Hey Chris, I think you really blew it!”
Or, “Hey you!   The other night someone said ‘this or that’ about you.   I stuck up for you but … we need to talk?”
So, think about it!   It’s just a nice feeling to think of someone that you consider to be a good friend and to know that they would always have something good to say about you to another person.
Think of some of your friends.   One at a time.  Close your eyes as you think of each one.   And, if they have this rock solid ‘loyalty ‘ heart … nod your head and smile.   If you’ve got a good friend like this  … Be thankful.
Colossians 3:15  “And let the peace of God rule in your hearts, to the which also ye are called in one body; and be ye thankful.”
You might want to drop someone a nice note today and thank them for being a good friend.   And, don’t forget spousal and family friendships.

Lastly, of course, don't forget to BE a good friend. 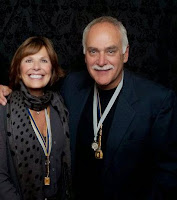 Chris Beltrami is one of New England's most award winning photographers. For decades he has used his position as a Christian businessman to influence others to consider the claims of Christ on their lives. He has been writing a monthly devotional called "Think About It" for many years. This article first appeared in the June 2015 edition of "Think About it."
Posted by Terry W. Dorsett at 7:00 AM No comments: 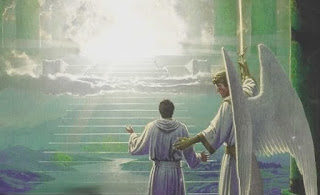 Malachi 4
“Surely the day is coming; it will burn like a furnace. All the arrogant and every evildoer will be stubble, and the day that is coming will set them on fire,” says the LORD Almighty. “Not a root or a branch will be left to them. 2 But for you who revere my name, the sun of righteousness will rise with healing in His wings. And you will go out and frolic like well-fed calves. 3 Then you will trample on the wicked; they will be ashes under the soles of your feet on the day when I act,” says the LORD Almighty.  4 “Remember the law of my servant Moses, the decrees and laws I gave him at Horeb for all Israel. 5 “See, I will send the prophet Elijah to you before that great and dreadful day of the LORD comes. He will turn the hearts of the parents to their children, and the hearts of the children to their parents; or else I will come and strike the land with total destruction.”

•               When Jesus returns we will all give an account of ourselves and our relationship with Jesus.

•               Note that hell was never designed for people. Hell was designed for the Devil and his demons. But for those who reject Jesus, there is no other place for them to spend eternity, so they go to hell.

Verse 2 - But for you who revere my name, the sun of righteousness will rise with healing in His wings. And you will go out and frolic like well-fed calves.
•               Jesus is the sun of righteousness because He is the Light of the world and the only person who was ever completely righteous.
•               Those of us who have discovered a relationship with Jesus will not experience eternal judgment. Instead we will finally experience healing from the sun of righteousness!
•               Verse 2 says that we will experience healing in His wings. In those days, Jews wore an outer garment called the Tallit. It was a shawl like garment of wool or silk with fringes at the four corners. It was commonly referred to as a prayer shawl. The corners of the shawl were known as “wings.”
•               As a Jew, Jesus would have worn a Tallit regularly. Therefore, in a figurative sense, Jesus would have had “wings” because the edges hanging down from his prayer shawl would have been called that.
•               Take a moment to read the story of the sick woman in Luke 8 who snuck up behind Jesus and touched Him. She had been sick all of her life. She had spent all of her money going to doctors, but they had not been able to help her. She had heard about the healing power of Jesus and believed that if she could just touch the edge of His garment, she would be healed. She wove her way through the crowd and touched Him. She instantly experienced healing from the “wings” of the Sun of Righteousness.
•               On judgment day all who follow Jesus will finally be healed of all their physical sicknesses.
•               More importantly, on that day, all who follow Jesus will finally be healed of the sin sickness that has plagued us since our birth!
•               That will make us free from the burdens that have held us back and we will be like young animals running around the fields playing and having fun.
•               Hallelujah, what a Savior! We must do all that we can to ensure that we are ready for that day!

This is an excerpt from the book Malachi: Finding Hope in the Midst of Adversity. It can be found on Amazon.
Posted by Terry W. Dorsett at 7:00 AM No comments:

The Law of Sowing and Reaping - Thoughts from Malachi 3 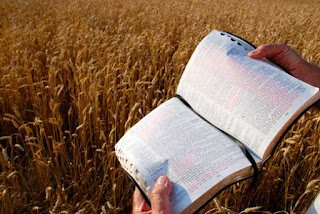 Malachi 3:13-18
"Your words against Me are harsh,” says the LORD. Yet you ask: "What have we spoken against You?” 14 You have said: "It is useless to serve God. What have we gained by keeping His requirements and walking mournfully before the LORD of Hosts? 15 So now we consider the arrogant to be fortunate. Not only do those who commit wickedness prosper, they even test God and escape.” 16 At that time those who feared the LORD spoke to one another. The LORD took notice and listened. So a book of remembrance was written before Him for those who feared Yahweh and had high regard for His name. 17 "They will be Mine," says the LORD of Hosts, "a special possession on the day I am preparing. I will have compassion on them as a man has compassion on his son who serves him. 18 So you will again see the difference between the righteous and the wicked, between one who serves God and one who does not serve Him.

This is an excerpt from the book, Malachi: Finding Hope in the Midst of Adversity. It can be found on Amazon.
Posted by Terry W. Dorsett at 7:00 AM No comments: