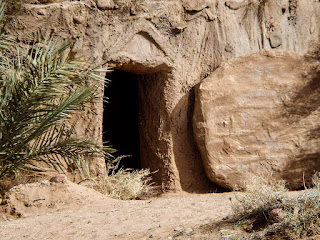 In my lifetime I have observed that the church has moved from a position of clout in society to a culture of cost. I mean by this that what the church believed and said on issues of the day had some influence and carried some weight. Politicians, and society in general, were guided by what Christians believed.

We have seen a seismic shift in how our culture values the opinion of the church. Instead of having clout, there now seems to be a cost involved in having any biblical position on issues facing Believers.
We are, in reality, “daytime people living in a nighttime culture.”

We shouldn’t be surprised. Jesus said this would happen. The New Testament gives hope and assurance. The answer to the problems we face today will not be discovered by politicians or scientists. The answer is in the discovery of an empty tomb on Easter morning!

Rev. Robert Dickard is the Director of Missions of the Piedmont Baptist Association in Easley, SC. You can learn more about his ministry at http://piedmontbaptist.com/