Matthew 6:33 - But seek first the kingdom of God and His righteousness, and all these things will be provided for you.

As a denominational leader I get to spend time with many fine young couples who have a passion for changing their corner of the world. One of the ways I assist those couples is in finding partners who will stand with them in prayer, giving, and volunteering. Those partners come from other area churches as well as from churches outside our area. It is a lot of work to find partners willing to sacrifice their time, their treasure, and their talents to help a church they are not even part of. But the Lord touches hearts and partners join the cause. 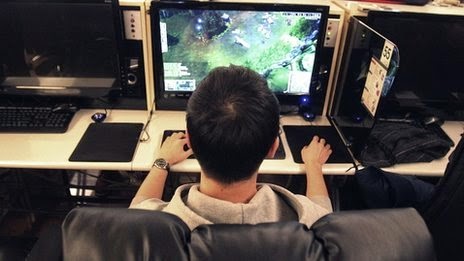 One week a church planter sent a Facebook message to me. He had been working the social media angle pretty hard trying to find partners. Though some people had responded, many had not. In a pointed moment of realization, it occurred to him that many of the people he was contacting about partnering with him in church planting were ignoring his messages about partnering, but sending him countless messages inviting him to play games on Facebook. He found it ironic that they would talk to him a lot about video games, but not about sharing Jesus with others. He wondered what it would be like if he could get people as excited about partnering with him in ministry as they were about playing games on Facebook.

People who tell me they do not have time to volunteer seem to have the time to play on both softball and basketball leagues. People who tell me they do not have money to donate somehow have the money to drive the latest model car with all the upgrades. Pastors who tell me their church is too stretched to help plant another church find money for another round of renovations in a sanctuary that already looks pristine. Church youth groups and senior adult groups take amazing sightseeing trips on fully-equipped buses, but seem unable to take those same people on a mission trip. Once I got a letter from a mega-church asking me for money. They wanted to build a $120,000 playground for the children in their already well-funded private school. I sent back a letter suggesting they tithe off their playground fund to a church plant in New England. I never got a response.

The point I am trying to make is that we have somehow gotten our priorities all messed up. Now Christians play games and have fun instead of being about the business of winning others to Jesus. I am not suggesting that we should never have fun or play games, but somewhere along the line, we must stop playing games with our faith and start doing whatever it takes to win our nation to Jesus.

Lord, help us be serious about the business of sharing Christ with those around us. Amen.