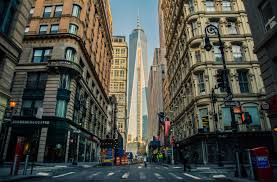 I grew up in a city. When I moved to the village of Washington, Vermont, which only had one paved street and more cows than people, it was a bit of a culture shock. But after 20 years of ministry in Vermont I moved back to a metropolitan area. I had to go through culture shock all over again.

When I grew up, suburbs were just getting started, so farmland surrounded the city. A person could get back to nature with a short drive. When I was younger cities had a mix of Anglo and African American populations, both of which spoke English. The very small numbers of other ethnic groups often kept to themselves and were seldom part of the larger fabric of the city.

Urban areas have changed in the twenty years I was sojourning in rural areas. Now cities have a wide variety of ethnic groups who speak dozens of languages. Many of those ethnic groups are highly educated and both expect and deserve a seat at the cultural table. They are not content to keep to themselves in some isolated corner. Cities have expanded in size, gobbling up the farmland around them so getting back to nature is much more of a challenge for those living in urban areas. Suburbs have grown substantially, often with a population that rivals the city itself, which creates its own set of problems in an era of limited resources to support densely populated regions. Though many cities still have pockets of extreme poverty, increasingly they are being gentrified so that only the wealthy can live there. This concentration of education, money and cultural influence has given urban areas political and economic power that is reshaping our nation.

This reshaping is also impacting the church. Many rural churches are struggling to retain the younger generation because young adults are moving to urban areas after college. Many urban churches that have historically been primarily Anglo are now shifting to become multi-ethnic. As culture becomes more secular, churches have to find ways to capture the attention of a population that seems less interested in spiritual matters with each passing year. Existing churches are struggling to make those changes. 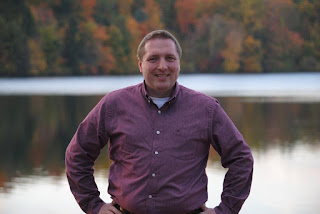 Dr. Terry W. Dorsett has been a pastor, church planter, denominational leader and author in New England for more than 20 years. He is a happy husband, a proud father and adoring grandfather. He is a cancer survivor and believes that God works powerfully through times of suffering. He writes extensively and you can find all of his books at:
http://www.amazon.com/Dr.-Terry-W.-Dorsett/e/B00405U4NY