Are We Sowing Enough to Reap Abundantly? 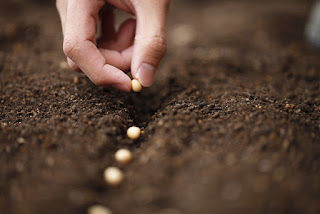 
I was fascinated by the older gentleman’s story as he shared it with me. He had grown up incredibly poor. After high school he got a low level job working for the county. Over the years he worked his way up the ladder and got several promotions. But because his life situation never afforded him the opportunity to get an education, he could only advance so far. He eventually hit a ceiling without any further opportunity to advance. He was content with his situation and made enough to provide for his family, it was just enough. He was rarely able to give his family any “extras.” They learned to be content.

The older man went on to explain that one thing he learned as a young man was to tithe. Even though at times it was a real a sacrifice, he and his wife always tithed. Sometimes, they would give beyond his tithe if they heard a family in the church was in need or if a missionary spoke at the church and had some urgent ministry need. He and his wife excelled in the grace of giving even though their income was never more than middle class.

Through an unusual set of circumstances, he was offered the chance to retire early and take all of his retirement from the county in a lump sum. He found a financial planner who took the lump sum and invested it on his behalf. To his pleasant surprise, those investments performed amazingly. In fact, over the next ten years he made more money off of those investments during his retirement than had had made in all of his years of working. Suddenly he found himself with more money than he needed. As a result, he and his wife significantly increased their giving to missionaries and to the needy.

That is where I came into his story. For three years in a row he and his wife were the largest contributors to the mission work my wife and I were involved in. Their giving made a real difference at a crucial time in our ministry. Though many assumed our largest giver was some rich business tycoon, in reality, he was just a hard-working man who had been faithful with little and God had rewarded him with much.

I once asked him why he thought God had blessed his investments so much. Without hesitation he responded, “God promised that if I sowed generously, He would bless me generously and God kept His promise.” Though my friend has now passed on to glory, I have never forgotten his clear understanding of the sowing/reaping concept. I wish more Christians understood this simple truth as much as he did.

Far too many of us are waiting on some amazing windfall thinking that when it happens, THEN we will give. But this man understood that such windfalls only come AFTER we give, not before. God honors those who demonstrate their faithfulness in giving. Consider this, if God decided that next year He would give you exactly ten times the amount of money that you gave to His work last year, would you have more money or less than you had this year? If we want to reap a harvest in the future, now is the time to start sowing.

Dr. Terry W. Dorsett serves at the Executive Director of the Baptist Convention of New England. He has been a pastor, church planter, denominational leader and author in New England for more than 20 years. He is a happy husband, a proud father and adoring grandfather. He is a cancer survivor and believes that God works powerfully through times of suffering. He writes extensively and you can find all of his books at: