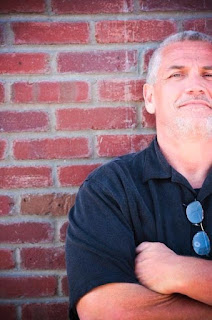 I have been kicking around this idea about a strategy for igniting a Church Planting Movement/Disciple Making Movement. It is not new to me and others have discussed it in terms of how Christ made disciples. I'm just applying it to CPM's/DMM's. I would love to hear your thoughts on it.
In the 4 Gospels we see three different invitations that Christ and His disciples extended to people depending upon their level of commitment.
The First Invitation: COME & SEE: This was an invitation for people to come see and experience the power, presence and message of Christ. Sometime these turned out to be a large gathering of people but only lasted a day or two. As ordinary people came they got to meet Jesus, hear his teaching on the Kingdom of God, experience his power when he performed miracles and healings and they would receive an invitation to join him in a deeper committed which was the second Invitation. The goal of this event was to discover the Person of Peace who would open their home that would form the beach head for the new movement and to find those who were prepared to follow Jesus and become His disciples.
The Second Invitation: COME & FOLLOW: These were people who were willing to leave everything to come and follow Christ. They considered the cost of discipleship and made a decision to be Christ's disciples. As they did Jesus taught them how to become spiritually mature through laying a strong foundation of himself/Christ and his teaching, about living in the Spirit, how to relate to one another, spiritual warfare and pursuing His mission. As he watched and prayed he then would extend a third invitation to some of those the Father identified. The goal of this following was to establish his follower to be strong in their faith and to identify those who would form the apostolic leadership from which the movement would gain momentum.
The Third Invitation: COME & BE WITH ME: The few that Jesus identified through prayer He made them to be His apostles. He would teach them to do what he did and implement the same pattern (come and see, come and follow and come and be with me). They would watch Jesus do it, they would practice it under His supervision and he would them unleash them to go do it themselves in teams. As they did the work they then would gather those who were identified from the Come and Be With Me to be the second generation of apostolic leadership and then repeat the process. This time not with just twelve but with seventy-two. It is here with this third group THE COME & BE WITH ME that we see the rapidly reproduction begin to happen. They were the apostolic leadership that would leave to go to other unreached groups to share the gospel.
As the process was repeated over and over again more disciples increased and more apostolic leadership were developed thereby increasing the momentum of the movement. It is important to note that this strategy was used to raise up, train up and unleash ordinary christians, people, to create this church planting movement. The church planting was done by ordinary christians who had no special training. These regular guys were used by God to do some pretty extraordinary and amazing things. These ordinary christians or regular guys were the one's that God used to be His missionaries!
So here are some question for us to consider:
Share your thoughts in the comments space and let's brainstorm and begin to experiment and see what God does.
Posted by Dr. Terry Dorsett at 8:30 AM