How Supernatural Events Point to a Creator 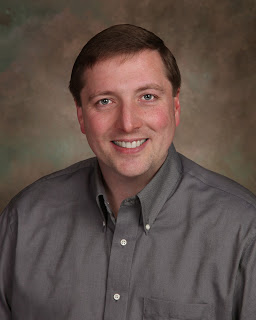 
Jeffery Long, a physician practicing radiation oncology in Tacoma, Washington, sits on the board of the Near Death Experience Research Foundation. That group has collected over twenty-ﬁve hundred extensive accounts of people who have had various supernatural near-death experiences. These people come from all walks of life, various religious backgrounds, and many different nations. Dr. Long concludes, “Medical evidence fails to explain these reports and … there is only one plausible explanation—that people have survived death and traveled to another dimension.”  So many people have had near-death experiences with such remarkable similarities that it is logical to conclude that something exists on the other side of death.


Supernatural experiences do not just exist on the other side of death. Miraculous events also happen in our lives all the time. According to a Pew Research Center study published in February 2010, “Nearly 80 percent of all Americans, in fact, say they believe in miracles.” This staggering belief in the miraculous cannot just be coincidence or imagination. The sheer number of people who testify to having experienced miracles in their own lives leads to the logical conclusion that there must be some supernatural power at work in the universe.

We know this supernatural being is still involved in the lives of individuals because this being listens to and responds to prayer on a regular basis. Numerous scientiﬁc studies on prayer show that prayer actually works. Because prayer can be a very subjective experience, double-blind tests were used. In double-blind tests neither the people being tested, nor the administrators controlling the tests, knew who was being prayed for until the test results were tabulated. This ensures that no one’s personal bias for or against prayer can impact the outcome of the experiment. In these double-blind tests, people who were prayed for healed faster than those who were not prayed for. Studies conducted in a number of ifferent settings  showed the same results: the people who were prayed for healed faster.


In any other ﬁeld, such a staggering amount of evidence would be adequate proof, but people who hold to an anti-God worldview refuse to accept the evidence. Those who really want to be logical, though, must conclude that the supernatural exists.


If the universe has a Creator, that Creator must have made the universe for a purpose. Each part in that creation, including mankind, must be a part of that purpose. If people can discover what their part in the purpose is, they can fulﬁll that purpose more completely. Though there might be many ways of discovering that purpose, the most direct way is to learn and understand the Creator who initiated the purpose. Therefore, the most logical course of action for people to take is to search for a relationship with and understanding of the Creator and make it a key priority in life. Though some faith is required to accept that the Creator is God, instead of space aliens or some other intelligence, it is not blind faith; it is informed faith based on logical presuppositions.

Adapted from Dr. Dorsett’s book, Mission Possible: Reaching the Next Generation through the Small Church, published by CrossBooks, a division of Lifeway Christian Resources.
Posted by Dr. Terry Dorsett at 8:00 AM