The "Dude" on the Cross 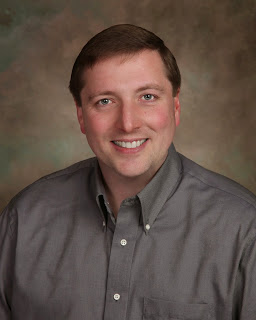 Anyone who has done even the smallest amount of research knows that our culture is shifting and fewer people understand what it means to be a Christian than ever before. I suppose I did not realize just how far our culture had shifted until hearing a friend of mine relate what happened to him recently in a jewelry store.

He had gone into the store to buy a cross necklace for his daughter. She wanted to wear it as a way to display her faith and he wanted to support her in that effort. Instead of just buying her a cheap necklace, he thought he would go a nicer store and buy one that would be special to his daughter. As he looked through the various options he did not find quite what he was looking for. He asked the young man who was the store clerk if they had any other cross necklaces to choose from. The young man said, "Yeah, we have some in this other case over here, but I do not know if you would want them or not, they have some dude on them." When my friend looked the other case, the "dude" was Jesus and the crosses were actually crucifixes. Though my friend was not interested in buying a crucifix, he was stunned that the young man had no idea who the "dude" was.

Though our culture has always had a number of people who do not follow Christ, few would have failed to recognize a crucifix as being Christ on the cross. But this young man had no idea that the person on the cross was Christ. He did not realize the unparalleled sacrifice God had made on his behalf. He was missing a critical piece of information that could change his life forever.

Though we can pretend that young man was just ignorant of the truth, the reality is that he represents a growing number of young adults who do not know who the "dude" on the cross is. The good news is that young people are interested in finding out. They are very open to sitting down with a friend or relative and having a genuine conversation about who Jesus is and what part He might play in their lives. Though they may not quite be ready to commit their lives to following Christ, they are increasingly curious about who He is. The question we must ask ourselves is, "Are we telling them who He is?"