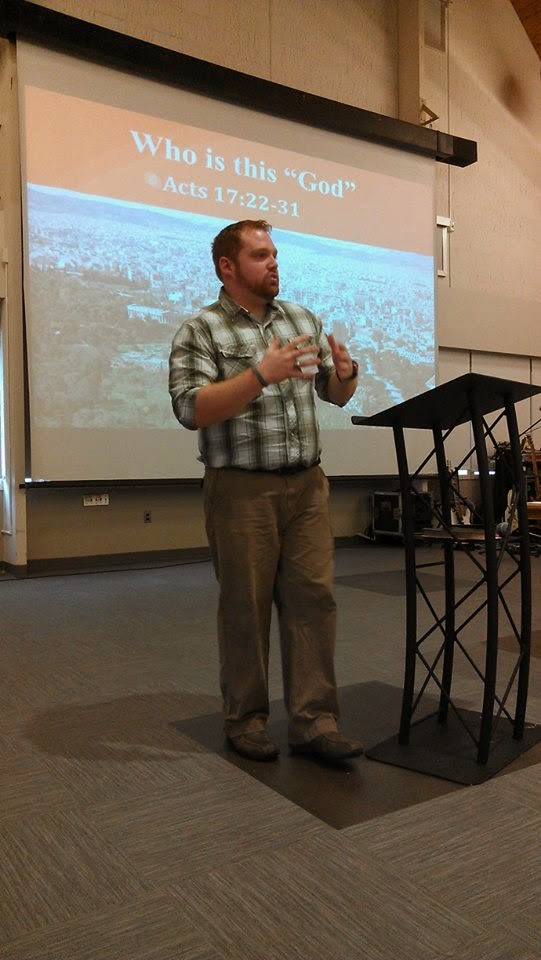 I recall a conversation with a friend that was sparked by a blog article I shared. The article discussed how many churches today try relate to millennials and young adults by giving them what they want; not what they need. The author emphasized the need for churches to be authentic and biblical rather than trendy or “current” just to get a crowd. While the article did address the need to reach people, the author argued that churches should not compromise on the need for spiritual maturity.

In my conversation with this friend, I could tell that he agreed with the premise of the article, but focused on all the hypocrisy that he had experienced. He agreed that churches should teach truth and transformation rather than create an atmosphere of moralistic therapeutic deism. My friend obviously spoke from past experiences. In the past my friend experienced a church culture that taught dogmatic principles and ritual lifestyles. When churches began to go in the opposite direction of this “church culture” some embraced being different by means of compromise. Some churches would often surrender theology and biblical truth in order to reach the culture. My friend argued that neither of these approaches are correct and middle ground needs to be found. He believed that something needed to be done, however, his attitude about those incorrect churches was very negative.

Because of the hypocrisy on both sides of the church spectrum, this friend gave up on church altogether and became cynical. He felt that because he had been done wrong he needed to be critical of the Church as a whole. Just because he experienced several bad churches or “church cultures” he assumed no one was “doing it right.” The pain and hurt of incorrect beliefs and methods soon turned to anger and bitterness.

While I agreed with my friend’s thought process, I have a totally different attitude towards church.  See, I grew up with this friend and I experienced some of the same hypocritical teachings and lifestyles, but I have come to a completely different conclusion. My friend’s outlook toward church derives from his poor experiences which result in bitterness and cynicism. Because of the way he was treated or the incorrect manner in which things were done or said, he distanced himself from church. I admit, there were times, when I was younger, in which I struggled with church but by the grace of God I was brought to different conclusion.

Yes, some churches do and say the wrong things. I have had this conversation with many young adults. Many say they were hurt or turned off from church because of their bad experiences. While many teenagers and young adults have cynical attitudes towards those churches for believing, saying or doing the “wrong things,” I was taught to take a different approach towards church. I believe that instead of bashing the Church as a whole or criticizing those “hypocrites,” it is my responsibility as a follower of Christ to be a part of the change.

Many people love to criticize others when mistakes are made or when bad beliefs or methods are expressed. Few people make the choice to help repair or correct the situation. Just like in the comparison of my friend and I, the right attitude must be taken if we want to see positive changes. Bitterness and anger towards someone or something typically results in only more problems. If someone believes that something or someone is wrong, they should help be a part of the change. First, this involves having the right attitude about the situation. If we constantly criticize people or groups when they are wrong, they will probably never want to change. Second, it may require un-teaching an incorrect behavior or belief. Many times people do things wrong because of poor examples or because they simply do not know the truth. Third, changing a situation like this always requires the teaching of correct truth and methodology.

If we believe the goal of the Church is to make disciples, then we need to teach others in word and deed. We cannot fix problems in the Church simply by pulling away and criticizing those who do it wrong. If our attitudes are focused on being more like Christ, then we must help others see the truth and be a part of positive and constructive change. Whenever we are wronged by the Church we can leave and become critical or we can stay and be a part of healthy growth. Remember, all believers are a part of the body of Christ. When one body part does something wrong another body part should not cut itself off assuming that is the solution to the problem. If disagreements arise have the right attitude and help be a part of healthy church growth.

Rev. Loveday is the pastor of Faith Christian Fellowship, which meets on the University of Hartford campus in West Hartford, CT. He also has a blog called All for Christ, where the above post previously appeared. This post is re-posted by permission.
Posted by Terry W. Dorsett at 7:30 AM