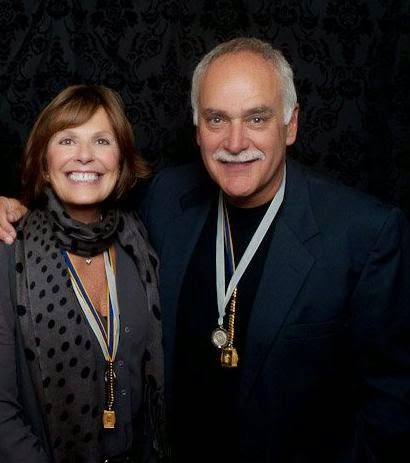 Pat and I have logged the many spiritual experiences and miracles that we have witnessed during our walk with God.  The following story is one of them.
Pat was putting a portrait in a frame when the front door to our studio opened.  She responded to the ‘chime’ and raced to the front of the studio.   The customer purchased a roll of film.  Pat gave her ‘change’ for the purchase and hurried back to finish the framing.  Halfway there, the Lord spoke to her and said to go back and speak with the shopper.
Pat returned and struck up conversation.   The woman said that she was from the state of Washington and was vacationing New England in order to see the famous Vermont foliage.   She, oddly and quickly, shifted her conversation to share a story of how her son and his girlfriend were both killed in a small airplane crash in South America.   She became visibly saddened and said that the South American government was not helpful in providing information for an acceptable and proper ‘closure’.
Pat prayed with her and asked her to visit church the next morning.
As the woman prepared to leave, Pat reached into the middle of a box of 50 “Voice” magazines and handed one to the woman.  (“Voice” was published once a month.  Each magazine contained 3 or 4 individual ‘testimonies’ of  persons who had made a decision to ask God to be a part of their life.)  Pat asked the woman to take some time to read through it and hopefully find some Godly comfort.
The woman left.   Pat finished her framing and headed out to lunch.
I was there for only 5 minutes when the woman stormed through the door waving a “Voice” magazine.   She repeatedly shouted, “Where’s the lady?   Where’s the lady?”
I explained that Pat had left for lunch and asked if I could help her.
She was crying as she explained that, when she returned to the car, she opened the magazine and read one of the testimonies.   It was written by a young man who lost his best friend and his best friend’s girlfriend due to a plane crash … somewhere in South America.   This pain and sorrow caused him to evaluate his life and to invite Christ to become his Lord & Savior.
Her crying increased as she said this was her son’s best friend and that he, in these 5 pages of testimony, revealed information that she did not know about her son and the crash itself.  She sighed, as she realized she could now contact this young man and find more closure for herself.
She went to church the next morning.  A guest preacher stopped his sermon, surprisingly, 3 times and pointed to her.  He declared to her, “God is touching you and your life will never be the same.”
Mark 8:18  “Do you have eyes but fail to see, and ears but fail to hear?...”
Time and again, I wonder how much more often these type of stories could (or should) be happening.
I regularly ask, “How often has God wanted to speak, but I have been so busy with ‘things’ that my ears failed to hear?”
Think about it!!!   We were made body, soul & … spirit!!!
I need to keep my antennae up and to stay tuned.   I want to remain anxious to hear and to see in a different realm … by reaching out, caring for people, praying for them, believing for miracles, and offering myself as a vessel for His creativity.
I am simply an earthen pot that needs to be filled with His Spirit.