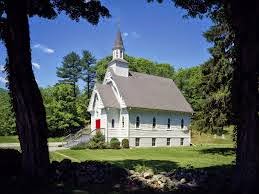 Bivocational ministry is a growing reality many churches and pastors are having to consider.When a pastor is referred to as “bivocational” it means that he works a second job in addition to his service to the church. This does not mean he is a part-time pastor, as all pastors are in full-time service to the Lord. Only a few pastors are bivocational by choice. Most have been pushed into to it due to the low wages that small churches are able to pay. In many situations, both the pastor and the church wish the pastor did not have to work the second job, but both realize it is just the reality of the situation.

Regardless of the preferences of both pastors and churches, bivocational ministry is a growing practice across North America. There are a number of reasons that bivocational ministry is growing, but the three that are the most obvious are: the lack of stewardship training, the rise in the cost of living, and the current economic climate of the nation.

A number of studies have demonstrated that older generations were more generous in their giving to churches than young generations. Part of this is that older generations generally carried as little debt as possible, while younger generations have taken on a lot of debt to get an education and are not always able to find as good a job as they had anticipated. Once those student loan payments come due, they have less money to donate to the church than their parents or grandparents might have had.

Churches also share the blame because many churches are less comfortable teaching about stewardship issues than in the past. Since churches have failed to teach on this subject, even church members who are committed to their church may not be as generous as they would be if they had been taught better. As older generations have either exhausted their resources in retirement, or passed away, the younger generations that have replaced them give less money to the church. Therefore, churches that may be relatively the same size as they have always been may have fewer resources than in the past. This often results in the pastor’s salary and/or benefits being reduced. This frequently leads to the pastor having to seek additional income from a second job.

Another factor impacting churches is that the cost of living for a pastor has simply become more expensive. In the past, small churches often had a parsonage for the pastor to live in. Many people in the church were farmers and they kept the pastor supplied with vegetables from their gardens and meat from their livestock. The pastor only needed a small amount of cash to live. Therefore, small churches could often afford a pastor even though they could not pay a lot. Fewer churches now have parsonages, so pastors must either rent or purchase a home of their own. This adds a significant amount to what the pastor requires financially. Even in rural areas, fewer people in America are farmers, and therefore fewer bags of garden vegetables show up on the pastor’s doorstep from church members. All of these factors add up to the pastor needing a much higher salary than what ministers  needed in the past. Many churches are simply unable to pay a pastor enough to support his family.

Finally, the current economic situation has put a lot of people out of work and caused many retired people to lose income due to investment losses. Therefore, even people who are faithful and committed to the church and who love their pastor dearly, simply make less money, and therefore must donate less. Many churches have seen a significant drop in giving, especially in areas of the country most affected by the ongoing economic situation. This has caused many churches that were already struggling to maintain a full salary and benefit package for their pastor to be unable to keep it up. Many pastors have been forced to seek a second job. Though many churches anticipate that when the economic situation begins to turn around, they may be able to fully fund their pastor again, there is no way to know how long that may be. And with the other two factors mentioned above putting additional pressure on small churches, many small churches will never be able to go back to a fully funded pastoral position.

For these reasons, bivocationalism is a growing reality in America. Pastors who find themselves serving such small churches are going to have to think differently about how they do their ministry so they do not burn out trying to serve the church as well as work a second job. One of the best things pastors can do is develop a leadership team in the church so that they do not have to do the entire ministry alone. Pastors who are unwilling to invest the time in developing a leadership team will find themselves under increasing levels of stress, which they may be unable to endure. Therefore, the development of a leadership team in a small church is essential for the long term health of both the pastor and the church. For pastors who may not know how to start building a leadership team, consider these articles:

Dealing with Pastoral Burn Out in Bivocational Ministry

Bivocational Ministry is NOT Negative

Bivocational Pastors Burn Out if they Do not Delegate

Importance of Bivocational Pastors Sharing Leadership in the Church

Lay People in Bivocational Churches Will Help if Trained

Formal Theological Education is Helpful But Not Required in Bivocational Ministry

How Important are Lay Preachers in Bivocational

Dr. Terry W. Dorsett has been a pastor, church planter, denominational leader and author in New England since 1993. He is the author of eight books, including Developing Leadership Teams in the Bivocational Church.
Posted by Terry W. Dorsett at 7:00 AM