Can We Offer Hope Without Holiness? - Guest Post by David Wesley Gould 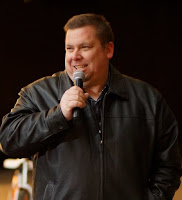 The United States Supreme Court recently decided that same sex marriage must be recognized across the entire nation. This decision came on one day, but the movement has been long coming. In this particular case, homosexual activists has been lobbying and legally attacking any institution that does not accept the lifestyle. Their goal has been broaden the definition of marriage from what it has been traditionally understood to mean. In its ruling, five of the Supreme Court justices basically said that the religious foundation of marriage found in the Bible is bigoted and not acceptable in 21st century America.

There has been a flurry of opinions about this subject. But it seems to me that society wants to do whatever they want without feeling judgment from the church on the morality of those actions. This has been a common theme for years in American society. From the attack on prayer and Bible reading in the public schools, to the disregard for the sanctity of human life in legalizing abortion, and now dismantling the core family value of marriage, it seems the world would be glad to see the Church go away or at least remain silent on most moral issues. They obviously do not want our Christian moral values forced them.

I can live with that fact that society does not like, or perhaps even want, our values. What I struggle with is that they do they want our hospitals, our relief efforts during disasters, our private schools, our orphanages, our medical missions, our homeless shelters, our soup kitchens, our drug rehab ministries, our homes for troubled youth, our singers and musicians, our buildings, our money, our community builders, our shoulders to mourn on, our daycares, and our after-school mentoring.
But they do not want our biblical interpretations, our beliefs, or our Gospel of repentance and faith in Jesus. In other words, they want our time, talents and treasures but they do not want what makes us function, which is the truth that our ministries are built on. They want a form of our godliness, but without God’s truth. They want hope, but not holiness. They want a rainbow, but do not want the light that makes the rainbow.

Society may think that if churches go away, or at least retreat inside their buildings and stop engaging the culture, our culture would be better. After all, anyone who values medicine can start a hospital, or cook up meals to feed poor people. They do not have to be a Christian to do those things. I am sure many non-Christians are involved in some of these activities. But let’s be honest, you’ve probably never seen an orphanage started by atheists. When is the last time you heard of a disaster relief team sent from the American Civil Liberties Union (ACLU). Is there a Huffington Post sponsored homeless shelter? Most of the charity work done in America is sponsored by Christian organizations because they feel a need to express their ‘Christ values’ in everyday life.

We would rightfully be called hateful if we closed the doors on the ministries and institutions that provide most of the good in this country. If we were to remove the underlying social and cultural safety nets created specifically by the Church because of our Christian imperative, there would be a huge void in our culture.  It is impossible to separate holiness from our service. The world may try to implement the programs we do, but there is absolutely no relief agency, government or otherwise that more effectively delivers hope and restoration globally on a daily basis than the Church.
Imagine how that makes people in the church feel with society smacks us in the face by striking down God-given parameters of living and replacing them with humanistic preferences. The world wants to cherry pick from the Bible and take only the parts of the Gospel they like. This should not surprise us.

How do we respond? We should just keep on being salt and light, offering Jesus to everyone until Christ returns. Praise God there is no court that can defeat the supernatural move of truth, love, grace, mercy, and holiness that the Church offers to the world.

David Wesley Gould is the Director of the Heart of Ministry which is based in Nashville, TN. He has been a pastor for many years and is known for speaking clearly to cultural issues facing the modern American church.
Posted by Terry W. Dorsett at 7:00 AM