Closing Our Minds to Reality 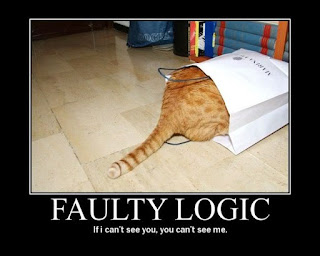 Matthew 21:33-41 - There was a master of a house who planted a vineyard and put a fence around it and dug a winepress in it and built a tower and leased it to tenants, and went into another country. When the season for fruit drew near, he sent his servants to the tenants to get his fruit. And the tenants took his servants and beat one, killed another, and stoned another. Again he sent other servants, more than the first. And they did the same to them. Finally he sent his son to them, saying, ‘They will respect my son.’ But when the tenants saw the son, they said to themselves, ‘This is the heir. Come, let us kill him and have his inheritance.’ And they took him and threw him out of the vineyard and killed him. When therefore the owner of the vineyard comes, what will he do to those tenants?” They said to him, “He will put those wretches to a miserable death and let out the vineyard to other tenants who will give him the fruits in their seasons.”

In the scripture passage above, a group of tenants rent a vineyard and when it comes time to pay the rent, they not only refuse, they beat up several rent collectors, sending them away empty handed. Eventually the owner’s son comes to collect the rent. The tenants decide to kill him so they can have the vineyard for themselves. The problem with their line of reasoning is that it makes no sense whatsoever. Clearly they were not going to get away with murdering the son of the land owner. Not only would they not get away with it, they would pay a far worse price for their wrong deed than if they had just paid the rent to begin with. Their actions make no sense at all in the real world. But somehow, sitting around the table discussing it among themselves, they were able to close their minds to the reality of the situation. Around the table with only themselves to reinforce their ideas, their crazy plan sounded logical. They then made decisions based on that grossly illogical logic, which would eventually cause their destruction.

The actions of the tenants in the story are not that much different than how many people view the world today. Instead of looking at the reality of a situation, we tend to surround ourselves with those who already support our own previously held view point. Listening to our “advisers,” whom all already agree with us, only reinforces our false view of the issue. Once that happens, our viewpoint sounds perfectly logical to us even though it makes no sense in the real world.

This could be applied to an endless number of scenarios, but I happened to notice it quite clearly some time ago when the series of videos about Planned Parenthood came out. I refrained from writing about it when it first came out because people were too emotional to discuss the issue with an open mind. I hope people are a bit less emotional now and able to think through the issue a bit more critically. When considering that whole situation, regardless of how one feels about abortion itself, clearly the comments from Planned Parenthood officials were atrocious. Negotiating the price of various parts of an aborted baby’s body so one can buy an expensive sports car should be offensive to anyone, even the most ardent abortion supporter. Some of the other attitudes displayed in the videos were equally appalling. Yet when Time magazine reported on the issue, instead of pointing out the obviously flawed logic of Planned Parenthood’s position, they referred to the man who took the videos as a “spy” with a video camera who “infiltrated” Planned Parenthood, as if the man who was trying to point out the wrong behavior was actually at fault. Throughout the article Time’s bias was revealed again and again as it tried to make the hero of the story into the bad guy. That skewed viewpoint was repeated again and again across social media and clearly many abortion supporters missed the point of the videos, which was that some things happen inside those clinics that should not happen, regardless of how one views abortion itself. Everyone should have supported the idea that Planned Parenthood needed to change its policies and procedures. But few abortion supports said that publicly because they had already accepted too many falsehoods about the issue as truth. Building one’s views on a faulty logic makes normally clear thinking people willing to accept disastrous choices of others who agree with their viewpoint.

That same kind of thinking is what makes people from Westboro Baptist Church protest at funerals and think they are somehow helping the nation. Anyone who looks at the reality of the situation knows protesting at a funeral is inappropriate. Yet that cult does it again and again, and from their perspective, it makes perfect sense. Everyone in their group reinforces that faulty logic and so they hop on a bus, drive across the country, and ruin a funeral of someone’s loved one. It advances no one’s cause and makes no sense whatsoever in the real world. But a bus full of people is willing to do it repeatedly.

Perhaps it is time that we put all the rhetoric aside and actually start thinking about the issues facing our nation with open minds. Perhaps it is time to listen to someone with a different opinion and have a rational discussion with them instead of just a shouting match. Perhaps it is time to stop hitting the “share” button on social media and start sharing healthy conversations about real life with those we care about. If we fail to do this, our culture will continue to fragment and will eventually crumble. Will we let closed minds destroy us or will be start accepting the reality of the world we live in? 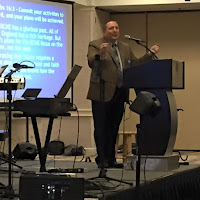 Dr. Terry W. Dorsett has been a pastor, church planter, denominational leader and author in New England for more than 20 years. He is a happy husband, a proud father and adoring grandfather. He is a cancer survivor and believes that God works powerfully through times of suffering. He writes extensively and you can find all of his books at:
http://www.amazon.com/Dr.-Terry-W.-Dorsett/e/B00405U4NY
Posted by Terry W. Dorsett at 7:30 AM