How Reliable is the Bible? 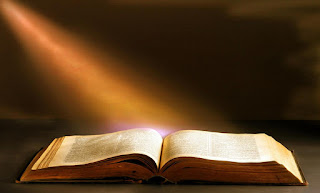 We live in a culture that now questions everything, even things that have long been accepted as truth. One icon of American culture that is now being questioned repeatedly is the reliability of the Bible. Conservative Christians say we should trust the Bible because God told people what to write in it and that God has preserved that truth through the ages through the power of the Holy Spirit so that the Bible we read today teaches the same thing that the original manuscripts did. Many scholars refer to this as the “divine inspiration of scripture.” This concept held sway over American moral thought since the founding of the nation in 1776.

But today many people question just how reliable those ancient manuscripts of the Bible really are. After all, they reason, the Bible was written a long time ago in a different language and in a different cultural context. Surely it has been changed again and again in all those translations so that even if it was from God in the beginning, it cannot be close to the truth now. This has caused many people to question whether they can trust the Bible or not.

Here is some helpful information about the reliability of the ancient manuscripts that might help us understand how reliable those ancient texts are. There are over 24,000 ancient New Testament manuscripts that have been discovered so far. That is an incredible number of documents. Compare this with the second best-preserved literary work of all antiquity, Homer's Iliad, for which we have discovered only 643 preserved manuscripts. The printing press wasn't invented until the 1450's, but we have hand-written copies of the Old Testament dating back to the 200's BC. Remarkably, these ancient manuscripts are nearly identical to the Bible we read today.

Some people accept the reliability of the Old Testament, since it has been preserved by Jewish scholars as well as Christian ones, but doubt if the New Testament of today is the same as the written in the First Century. They reason that the New Testament we read today was completed so far after the time of Jesus that it could not possibly be an accurate reflection of what happened during that time period. But literary science shows otherwise. The Bodmer Papyrus II contains most of the Gospel of John and dates from around 150-200 AD. The Chester Beatty Papyri contains major portions of the New Testament and dates back to about 200 AD. The Codex Vaticanus, the oldest complete New Testament manuscript discovered so far, dates from 325-350 AD. The apostle John, who lived with Jesus and learned from Jesus, penned five New Testament books and died in 100 AD. We have fragments of John's Gospel that date from 110-130 AD, within 30 years of his death. When translated into English, these documents all give essentially the same New Testament that most modern translations give us today.  When compared to other ancient works such as Plato, Homer or Tacitus, that short time period between the original and the most recent copy is dramatic.

Clement of Rome was martyred in 100 AD. In his writings, he quoted from Matthew, Mark, Luke, Acts, 1 Corinthians, 1 Peter, Hebrews, and Titus. Clement's quotes correspond with the Bible we read today. In fact, even if we lost all of the 5,300 early Greek manuscripts, all of the 10,000 Latin vulgates, and all of the 9,300 other ancient manuscripts, we would be able to reconstruct all but 11 verses of the New Testament from the writings of the early Church leaders who quoted from them extensively. We have over 36,000 preserved quotes from the New Testament. The New Testament we read today is essentially the same as the one written in the First Century.
The Bible was completed in its entirety nearly 2,000 years ago and stands today as the best-preserved literary work of all antiquity. The Bible is unquestionably the world's all-time bestseller with an estimated 2 billion copies in print and we can trust that the Bible we read today is the same one the ancient believers of old read. Do not let doubt hollow out your faith. Let the Holy Spirit convince you and let science confirm what the Holy Spirit is saying and trust that the Bible is a reliable work.

(Some of this information was adapted from: http://www.allabouttruth.org/bible-truth.htm). 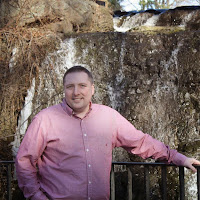 Email ThisBlogThis!Share to TwitterShare to FacebookShare to Pinterest
Labels: accuracy of the Bible, Devotionals, evangelism, Postmodern evangelism, training for ministry