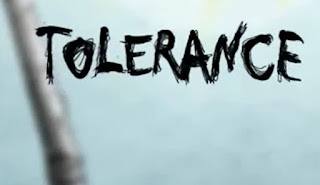 Job 21:34 – How then will you comfort me with empty nothings? There is nothing left of your answers but falsehood.

It was an eight word Facebook post carefully written to express a positive opinion without maligning those who held to a different opinion.  I had barely hit the post button before my newsfeed begun to fill up with the rants from one of my more progressive friends. She wanted to point out how narrow minded and bigoted I was for posting such a mean spirited statement. After letting her rant for a while, I asked her to go back and read my post and then read her own posts and tell me again who was narrow minded and bigoted. Seconds later, she defriended me.

There is a narrative told in our national news media that liberals are open minded, tolerant, well-educated and well-informed on the issues, whereas conservatives are just a bunch of narrow minded country hillbillies who barely made it out of high school. Though this narrative seems to be accepted by many people as fact, new research reveals that this stereotype is far from accurate. Time magazine reported in a spring 2016 article about Facebook and Politics that 51% of liberals got news on Facebook compared to just 34% of conservatives and 28% of moderates. Though Facebook is a great place for interacting with friends, it is not a reputable news source. If it is a person’s primary source for news, then they are not a well-informed person. This is even more important now that we know that Facebook manipulates their trending topics to drive a narrative of their choosing.

Clearly liberals are not better informed on the issues than conservatives and moderates. What about being more open-minded and tolerant? That same Time article reported that 44% of consistent liberals have hidden, blocked, defriended or unfollowed someone over a political post they disagreed with. Whereas only 31% of consistent conservatives have done that. Though both sides could learn to be more opened minded toward the other, clearly liberals are less open minded and would rather lose a friendship than hear a viewpoint that they disagree with. Another straw man collapses as we realize that it is the conservatives who are more willing to engage in discussion and dialogue with those who have differing opinions.

Those of us who are conservatives may often feel like we are on the defensive, but there is no need to take that attitude. Regardless of the media spin, the facts are on our side. Let’s keep getting our news from a wide variety of sources. Let’s keep listening and engaging with those who disagree with us. Let’s watch as truth triumphs over falsehood.