How to Enjoy Your Retirement 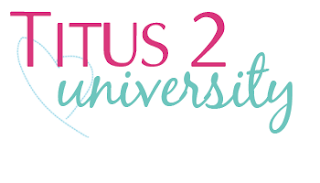 Titus 2:2-4 - Older men are to be sober-minded, dignified, self-controlled, sound in faith, in love, and in steadfastness. Older women likewise are to be reverent in behavior, not slanderers or slaves to much wine. They are to teach what is good and so train the young women . . .

America is slowly graying as 10,000 Baby Boomers retire every day. Retirement is supposed to be a fun- filled time spent with family, a time to create joyful memories with grandchildren, travel to places we have always wanted to visit and engage in learning and service opportunities that we did not have time for when we were working. Regretfully, many Baby Boomers are finding retirement to be less fun, joyful and adventurous than they had hoped.

Time magazine reports in a May 23, 2016 article that a growing number of Baby Boomers have isolated themselves as they age.  This is a negative trend. It is harmful for retirees, but it is also harmful for our culture. Our culture needs the wisdom of the older generation. Laura L. Carstensen, the director of the Stanford Center on Longevity, writes: “A large body of research shows that emotional experience improves with age. People are slower to show anger and more prone to see silver linings. They solve emotional charged conflicts more effectively and are more likely to forgive and forget.” In other words, they have a lot of wisdom and maturity that their family, friends, community of worship and local organizations need. When they isolate themselves during their twilight years instead of investing themselves in others, everyone suffers.

Another reason retirees need to resist this trend toward isolation is because it is not healthy for them. The Stanford Center on Longevity’s Sightlines Project tracked six age cohorts to see how well they are doing in areas critical to long term well-being. “There is ample evidence that social engagement has positive effects on health and longevity. Social isolation is as strong a risk factor for early mortality as cigarette smoking.” Just think about that. Isolating one self from the community brings early death just like smoking!

If the evidence is overwhelming that the community needs its seniors to be involved and that seniors need that involvement, why are today’s retirees  less engaged? Carstensen points out that “Boomers are less likely to participate in community or religious organizations than were their counterparts 20 years ago.” Their parents were the Builder Generation who built strong churches and healthy community organizations. And when they retired, they had built in connections to make those retirement years joyful and adventurous. But the Boomers rejected those institutions and preferred a more individualistic approach to life. Now, as the Boomers enter retirement, few of them have meaningful connections to churches or other community groups, and that is causing them to feel isolated and alone. The individualism they were so proud of when they are younger is now literally killing them.

The good news is that retirees can do something about this. There are churches everywhere! Find one and get involved in it. Don’t just show up occasionally for a pot luck dinner, or only for Sunday morning worship. Get as deeply involved as you can. Deep friendships can be formed with great people who can change retirement from a time of loneliness to a time of great adventure. There are many small non-profits in every community that could use a volunteer. Find one that needs your skills and start volunteering each week. It is amazing how it changes one’s perspective on life. And those kids who never call? The phone works both ways. Don’t sit and wait for it to ring. Pick it up and call a family member or friend. We are as connected as we want to be and in retirement, connections are vital for our own health and for the health of those around us. Shake off that isolation and invest yourself in others!

Lord, help us to invest ourselves in others during our senior years instead of isolating ourselves. Amen.