Racism: Alive and Well Around the World 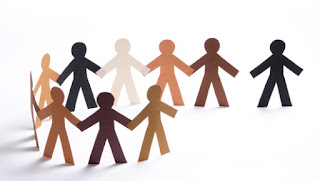 Racism. It is an ugly word. It is a hard thing to overcome. One challenge when talking about racism is that people’s defenses immediately go up and they struggle to hear what the other side is really saying.

A few years ago I witnessed a terrible experience of racism. I was literally trapped in the middle of it. It was a painful experience. My wife and I were on a plane headed to Israel. Regretfully we were not seated together. I was in a middle seat between an ultra-Orthodox Jewish man and an Arab businessman. The Jewish man engaged me in conversation and asked if I was Jewish and if I spoke Hebrew. I told him I was Christian and only knew English. Undeterred, the Jewish man asked all about where I lived, my family, and why I was visiting Israel. The other man made lots of snorts and mumblings at the various things the Jewish man had to say and he became more and more agitated. He put his jacket over armrest so that it laid across my lap. He leaned over my armrest into my space mumbling all about how bad Jews were. He stretched one leg out so that it was in front of me most of the trip. I tried to engage him in conversation the same way that I did the Jewish man, but he simply turned away. His sense of frustration grew with each hour of the plane ride, as did his constant efforts to make the trip uncomfortable for everyone in the row. Thinking that such displays of racism were only for wild fringe elements of groups like ISIS, I was disappointed to see it from a well-dressed businessman in public.

The situation changed once we got off the plane and we were in “Jewish territory.” We were met by our Jewish guide and he led us around the nation for the next five days. At every opportunity he bashed the Arabs and told us how much they had damaged his nation. At one point his racial prejudice became so great that several members of the group could no longer remain silent and asked him to refrain from making racist comments about Arabs. He managed to hold them back for the afternoon, but the next day he was right back at his anti-Arab conversation. He did not even seem to be aware of how racist he was. It was too ingrained within him.

Neither “side” had the corner on racism. Both sides clearly hated each other. And that hatred was so ingrained in both sides that neither could see their own part in it. It was sad to see how common racism is in the Promised Land, the land where Christ walked, lived, preached, died and rose again to free us from the chains of such sin. As I pray for the peace of Jerusalem, I pray for those who live in that land to see each other as people created in the image of God and to treat each other accordingly. In light of all that has been happening in our own nation the last few months, I have also been praying for America as well. Though we have made great progress, America clearly still has a very long way to go. Join me in asking God to help each of us eliminate racism both in our lives and from across our land.

Lord, fill us with love for each other and help us see beyond our ethnicity to find the special creation we all are in the eyes of God. Lord, bring peace to Jerusalem and bring peace to America. Let it begin in me. Amen.

----------------
You can read about Terry’s entire trip to Israel in a devotional guide he wrote called:  Touching the Footprints of Jesus. 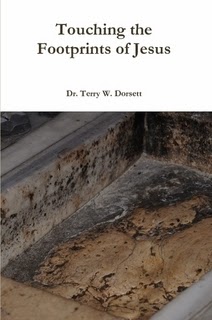