Click here to review part one in this series (James 1:1-8 – Maturing Through Difficulty)

Click here to review part three in this series (James 2:1-13 – Treat Everyone the Same) 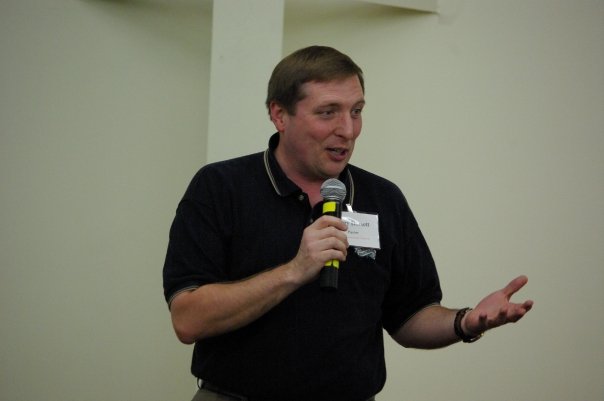 • James 2:14-27 is one of the most controversial passages in scripture because it seems to say that people are saved by their works, though many other verses say we are saved by faith.
• The famous theologian Martin Luther hated the book of James because of this portion of scripture. He called it a book of “straw,” meaning it was useless. He wanted to cut it out of the Bible!
• We must remember two things when looking at a controversial passage of scripture: the context in which it was written and how it relates to other parts of the Bible.
• We know from the context of the entire book of James that James was primarily interested in moving people from a passive faith to an active faith. That was why he said to be doers of the Word, not hearers only in James 1:22.
• Therefore, we must look at this scripture from a more practical perspective than a theological one.
• We know from other passages of scripture, that salvation can only be gained through faith in Jesus Christ (Romans 3:28, Ephesians 2:8-10, Galatians 2:16, Romans 4:2-5, Acts 16:30-31).
• Since God does not contradict Himself, James must have meant something other than what it appears at first glance.

Verse 14 - What good is it, my brothers, if someone says he has faith, but does not have works? Can his faith save him?

• James dives right into the middle of the controversy by asking a hard question about faith.
• Most of us do not like questions about our faith, especially hard questions.
• But James asked an honest question: What good is a faith that does not produce good works?

Verses 15-16 - If a brother or sister is without clothes and lacks daily food, and one of you says to them, "Go in peace, keep warm, and eat well," but you don't give them what the body needs, what good is it?

• James gives an example of how our faith might result in good works, which is helping the poor.
• Note that James is referring to a poor “brother” or “sister.”
• The term “brother” and “sister” is used by James to refer to other Christians in our community of faith.
• James is saying that as a church, we have an obligation to help each other.
• This does not mean that we should not also help those outside the church, but the reality is that no church will have the resources to help everyone.
• We must help our own “family” first.
• If someone in the Christian family is in need and we say nice things to them, but do not offer them help, James wants to know what good our nice words are.
• ANSWER: Not much good at all!!!!

Verse 17 - In the same way faith, if it doesn't have works, is dead by itself.

Verse 18 - But someone will say, "You have faith, and I have works.” Show me your faith without works, and I will show you faith from my works.

• James knew there would always be someone in the crowd who wanted to argue theology.
• Every church has at least one person who considers themselves an expert on matters of faith (they are usually self-proclaimed experts).
• Those “experts” want to talk about their faith in terms of doctrine and theology.
• James is not in any way saying that theology and doctrine are unimportant.
• James is simply saying, “Put your actions where your mouth is!”
• Don’t just tell others about theology, demonstrate theology through action.
• Richard Gotthardt of Chrio Community Church says:
http://chriocommunities.com/james-2-it-gets-controversial.html
“I can no more earn admission into heaven than I can teleport to another galaxy. God alone by His grace saves us, and that grace is experienced through faith in Jesus Christ. But that faith must lead to change, to transformation. If I was talking to someone who was betting their eternity on a brief prayer they said years ago that seems to have no relevance to their current life I would not want to offer lots of assurances to that person. Faith has to mean something– and it must lead to something. Faith that leads to nothing– it’s just lifeless, dead, empty. And who wants a faith like that?"
• Nathan Gitter, pastor of the Saginaw Community Christian Reformed Church says: saginawcrc.com/...site.../February_6_2011_a_working_faith.38104945.doc
"Friends of Jesus Christ, if you have faith it is because God has reached down to touch your heart and give that faith to you. Faith starts with God. It is a gift from him. And it saves us. And then it works! The same God who has reached down to give you faith and save you has prepared works just for you, just for your personality and experience, and giftedness."
Terry adds: You can’t have one without the other!

Verse 19 - You believe that God is one; you do well. The demons also believe—and they shudder.

• James then refers to some deep theology, that of the Trinity. Few people can adequately explain how the Father, Son and Spirit all relate to each other.
• But even if a person thought they were an expert on that piece of deep theology and could espouse belief in it, if they cannot act on it, it would be of little value.
• James points out that the demons understand the Trinity very well.
• The demons can probably explain it better than most Christians.
• But demons cannot “act” on the Trinity in faith, because they are not the children of God.
• If our theology is to have any meaning, it must be acted out in real life.

Verse 20 - Foolish man! Are you willing to learn that faith without works is useless?

• People who think they understand deep theology but are unable to act on it are being foolish.
• They are fooling themselves into thinking more highly of themselves than they should.
• They are acting “rich” like James warned about in chapter 1.
• The “expert” in theology needs to be become a student again and learn how to put his faith into practice.
• Faith without action is useless faith.

Verse 21 - Wasn't Abraham our father justified by works when he offered Isaac his son on the altar?

• James then refers to an event in Jewish history, when Abraham was tested by God.
• God told Abraham to offer his only son on the altar.
• God does not actually accept human sacrifice, so it was a strange request for God to make.
• But God was testing Abraham to see how much faith Abraham really had.
• But just as Abraham prepared to kill his son Isaac in obedience to God, God stopped Abraham and told him he had passed the test.
• God then provided a ram to be sacrificed instead.
• Abraham had faith, but it needed to be tested.
• Read the entire story in Genesis 22.

Verse 22 - You see that faith was active together with his works, and by works, faith was perfected.

• Abraham had faith and he proved his faith through his actions.
• Who was Abraham actually proving his faith to?
• God already knew Abraham’s faith was real.
• Abraham was actually proving his faith to himself.
• We often doubt our faith and wonder if we are really Christians.
• We are often our own worst critics. But if we are acting out our faith with joy and happiness, it demonstrates to our own spirits that our faith is real and makes us stronger.
• One way we can verify our faith in our own hearts is through our obedience to our faith.

Verse 24 - You see that a man is justified by works and not by faith alone.

• This verse is probably the most controversial verse in the entire passage.
• The reason this verse is so controversial is because if we just read it outside of its context, it seems to clearly say one thing.
• It seems to say that we must have faith AND works to be saved.
• But when this verse is looked at in the context of the rest of the passage and then compared with other scriptures, it says something completely different.
• Scriptures on Works and Salvation:
• Romans 3:28 - For we maintain that a man is justified by faith apart from observing the law.
• Ephesians 2:8-10 - It is by grace you have been saved, through faith—and this not from yourselves, it is the gift of God— not by works, so that no one can boast. For we are God’s workmanship, created in Christ Jesus to do good works, which God prepared in advance for us to do.
• When read in the context of the passage, and when compared to other scriptures, this verse means that real faith produces real works and we should not declare ourselves Christians only because we can quote a set of Bible verses or recite a doctrinal creed.
• If our faith is real, then our faith will have changed us in some significant way.

• Scripture must be interpreted in context and in relationship to other scripture.
• Faith is a gift from God, but real faith produces real works.
• Faith is not just words, it is action!
• If our faith has not changed us in a significant way, we need to ask ourselves hard questions about how valuable our faith really is.

Anyone can learn to develop a sermon outline like this by reading the book, Developing Leadership Teams in the Bivocational Church, published by CrossBooks, a division of Lifeway.
Posted by Dr. Terry Dorsett at 7:25 AM