The Causes of Pain in Our Lives - Part Three 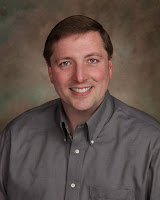 We have been discussing the causes of pain in our lives in the last few posts. We have established that some of our pain is caused by our own sins (read that article here). We have also established that part of our pain is causes by the sins of others (read that article here). But there is a third cause for pain that most of us do not think about.
The third cause of pain is Satan. God is not the only spiritual force at work in the world. Satan loves to cause pain. Satan is roaming about the world with his legions of demons looking for those he can destroy. First Peter 5:8 says, “Be sober! Be on the alert! Your adversary the Devil is prowling around like a roaring lion, looking for anyone he can devour” (HCSB). Satan is the one who kills people in car accidents and house ﬁres. Satan is the one who causes one person to violate another person sexually. Satan is the one who delights in bringing cancer, disease, and pain into the world. We need to put the blame on Satan, where it belongs.


Consider Adolph Hitler. Though he was a relatively obscure politician with poor writing skills, he somehow managed to capture the attention of an entire nation. He then used that platform to promote unbelievable evil, resulting in the death of millions of people. How did he manage to convince a whole nation of intelligent, well-educated, and morally upright people to support so much evil?


Clearly there was a spiritual force behind him—but it was a spiritual force of evil. Many older people who look back on some of Hitler’s methods now recognize occult-type rituals and practices Hitler used to consolidate his power. The root of his power was beyond his personality; it was in Satan. We must never forget that, or else that terrible scenario could be repeated somewhere else in the world.


Hitler is not the only example of demonically inspired evil. I have read accounts of serial child molesters who described an evil power that overtook them when they would do terrible things to innocent children. Serial killers have similarly described a feeling of an overpowering force that compelled them to murder their innocent victims. Normal people do not engage in such aberrant behaviors.


When people do things that evil, there is likely a supernatural force behind their actions. The next generation needs to be taught how to do spiritual battle with Satan. Ephesians 6:12 teaches, “Our struggle is not against ﬂesh and blood, but against the rulers, against the authorities, against the powers of this dark world and against the spiritual forces of evil in the heavenly realms” (NIV). Young people need to know how to recognize Satan’s eﬀorts and overcome Satan’s power through faith in Christ. First John 4:4 says, “For He who is in you is greater than he who is in the world” (ESV). We can overcome Satan’s eﬀorts, but we must be focused and intentional in our battle against him. This does not mean that Satan will never bother us again. Satan will continue to do evil because he is pure evil and does not know how to do anything but cause pain and hurt in the world. Christians, however, have the power to stand against Satan.
As we consider how we will deal with pain in our lives, let us not forget the spiritual power we have at our disposal as Christians. There is a supernatural power available to all Christians that can help us combat and overcome the pain in our lives that comes from Satan.

Adapted from Dr. Dorsett’s book, Mission Possible: Reaching the Next Generation through the Small Church, published by CrossBooks, a division of Lifeway Christian Resources.
Posted by Dr. Terry Dorsett at 8:43 AM