When I was growing up, I attended some great churches that had a heart for reaching others. Several of those churches had a deaf ministry, which typically included having a deaf interpreter during the worship service. My sister even learned American Sign Language so she could take part in that ministry at one church we attended. I always thought it was cool to sneak a peek at the deaf as they signed the songs during worship, it always seemed so moving. Many deaf people became believers in Christ as a result of those deaf ministries.
But as I look back on those experiences, it occurs to me that we never let the deaf lead. I do not ever recall having a deaf guest speaker, or a deaf deacon, or a deacon guest singer or deaf person sharing a testimony. An interpreter could have just as easily told us what they were saying as he/she told the deaf what we were saying. I do not think we were intentionally trying to discriminate, I think it was more of a communication barrier. It just never occurred to us to let them lead. As well intentioned as I think our efforts were, I think the unintended consequence of not letting the deaf lead was that we implied that they were somehow "second-class" Christians. They could come to church and take part in a limited range of ministries that we offered them, but could not be fully engaged in the life of the church or could they aspire to leadership. Lord, forgive us for our attitudes, even if they were in ignorance. 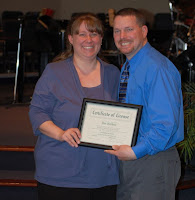 Recently I met a deaf pastor who leads a deaf church. His name is John Hayhow. He leads Living Hope Deaf Church in Manchester, CT. His church grew out of a deaf ministry that First Baptist Church of Manchester has had for a number of years. There came a point where FBC realized that if Living Hope was to move to the next level, they had to be more than just an appendage of the hearing congregation. Living Hope needed to become it's own church. John, and his wife Lori, were the logical choice to lead this new church and prayerfully accepted this task. 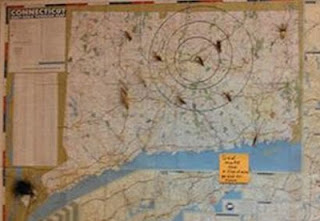 What I love about Pastor John is that his heart is not just to reach the deaf of Manchester, but to start deaf churches around the state. He has a huge state map hung on the wall of his office showing the places he would like to start deaf churches. John happens to also be a well known fly fisherman. Now he connects fly fishing with fishing for men. He has tied a fishing fly and pinned it on the wall in each town across Connecticut where he has deaf people coming to his church from. His goal is to start Bible studies in those towns, and eventually additional churches. Most hearing people, such as myself, would have never dreamed of such a goal. We would have been content with a handful of deaf people over in one section of the church taking part through an interpreter. But when we let the deaf lead, their ambition and their passion for Christ far exceeds our own. I look forward with anticipation to assisting Pastor John in starting deaf churches across Connecticut. If you are interested in partnering with Pastor John in this effort, contact him at flyfishing4men@yahoo.com.
Posted by Terry W. Dorsett at 8:00 AM

Email ThisBlogThis!Share to TwitterShare to FacebookShare to Pinterest
Labels: Building Leadership Teams in the Church, church planting, training for ministry