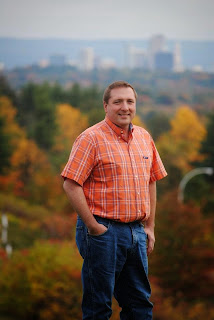 It seems that we are inundated these days with talk about the Kingdom of God. The focus of our kingdom talk is that Christians should work together building God's kingdom instead of just our individual church or ministry. When we consider what can be accomplished when groups partner together across boundaries and denominations focusing on the work of God's Kingdom instead of our own small human empires, it is very exciting. We should all be building the Kingdom.

Unfortunately, sometimes when we hear talk about building the Kingdom, it is not really about the Kingdom of God at all. Far too often it is really about building a person's little empire and they are just using kingdom terminology to get others to help them. For example, many para-church ministries say it is all about building the kingdom while they mine our church membership list for donations they can use to build up their own programs instead of working with us on an overall strategic plan for evangelism. This becomes evident when we let para-church group know that we are unable to support them financially, and suddenly we never hear from them again. That shows us how committed they were to building the kingdom. And we have all met the energetic organizer of the big city wide event that wants everyone to get involved in what he or she is planning, but who never supports big events that others are planning. They are focused more in their own plans than the kingdom. Then there are those multi-site churches. These days most of us have a mega-church near us that plants satellite campuses in areas that are already heavily churched instead of seeking to help the churches that are in the area become more effective. Such efforts are often crouched in kingdom talk but the actions taken reveal that the focus is more empire building than kingdom building.

Here is the challenging part, in so many cases we tend to think it is Kingdom work if it helps us achieve our own aims. But is that really Kingdom of God work or is that just personal empire building? We are all good at seeing empire building in others while being convinced that we are kingdom minded. I sure know it is easy for me to fall into that kind of thinking. It takes a lot of prayer and self-evaluation of motives to put to death the empire building desires in our hearts and focus on the Kingdom of God instead.

Real Kingdom work benefits the Kingdom at large, not just our own little corner of it. In fact, building the Kingdom might even require us to sacrifice something in our little empire, perhaps even walk away from it completely, so that we can re-direct our efforts to the greater Kingdom. That can be hard to do. As we consider whether we are Kingdom building or empire building, we must ask what benefit do we get out of it. If a quick list of personal benefits can be made, we are probably empire building instead of Kingdom building. When that happens, it might be time to take a step back and rethink our motivations and activities before moving forward. We need more Kingdom focus, not less, lets just make sure it is actually the Kingdom of God we are focusing on and not our own empires.
Posted by Terry W. Dorsett at 7:00 AM