Good Health is a Gift 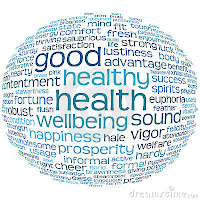 I recall an experience I had at our local McDonalds which reminded me of God’s grace. My wife and I were having lunch with friends. When I went to fill up my soda, there was a lady already at the machine. She had some type of physical disorder that caused her to shake. I watched as she tried to fill her soda cup. Her hands were shaking so much that she could barely grip her cup. Just as I was about to offer assistance, she

managed to get the cup in the right spot and start the beverage flowing. She seemed very nice and we chatted politely for a few minutes, with her shaking the entire time.

Twenty minutes later, just as we were finishing our meal, we observed a similar situation. A man in a wheelchair was eating at a table near us. He was also physically challenged. He kept coughing and also had a lot of tremors. My heart went out to him as I watched him struggle to eat a simple hamburger. At one point he coughed so badly that his false teeth flew across the room. His friend jumped up to retrieve them, as if it was a normal occurrence. Watching his dentures fly across the room might have been a somewhat humorous scene, had my heart not already been stirred watching him struggle to eat a simple cheeseburger.

The lady at the soda fountain seemed like a kind person. She was well dressed. Yet her body shook constantly with whatever physical ailment that she had. The man in the wheelchair had carried on an engaging conversation with his friend. He seemed like he had a good quality of life. Yet having his teeth fly across the room, was just part of a normal day for him.

As I reflect upon my own life and the good health God has blessed me with, my mind is filled with thoughts about the grace of God. By God’s grace I have overcome what should have been a fatal car crash, with only minimal lasting results. By God’s grace I am a cancer survivor, which could have easily ended in a very different manner. Why has God given me good health while others struggle with simple tasks like filling up soda cups or eating cheeseburgers?

Those of us who are in good health must remember that we are no better than those who live with chronic illness or disability. God does not love us more than He loves them. We have no more value to the world than they do. We must be mindful of the fact that since the curse of sin came into the world, there has been pain and difficulty. Some people are born with physical challenges, and others are not. Some people experience great sickness during their lives, others do not. None of us are better than the other. These things are simply part of the curse of sin that has fallen on this world. Thankfully, one day that curse will be lifted. Until that day, each of us should spend some time contemplating God's grace in our lives.

Lord, thank You for giving us good health. Help us be a blessing to those around us who may not have as easy lives a we have. Amen.