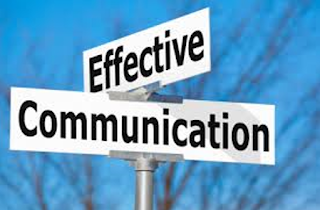 1 Corinthians 10:31-33 - Therefore, whether you eat or drink, or whatever you do, do everything for God’s glory. Give no offense to the Jews or the Greeks or the church of God, just as I also try to please all people in all things, not seeking my own profit, but the profit of many, so that they may be saved.

As a Christian author, I feel called by God to write as a way to share His love with others. Part of being a Christian author is that I have to spend a certain amount of my time promoting what I write. Without question most of the Christian authors I know agree that self-promotion is the most distasteful part of their ministries. Most of us try hard to spend more time writing things that are helpful to others than we do promoting those writings, but it can be a challenging balancing act. It is especially challenging when other Christians accuse us of only being self-promoters instead of genuine ministers. While there are some authors who probably are guilty of that, and they can be very annoying, most Christian authors I know just want to spread God’s love through the ministry of writing. When people accuse well-meaning Christian authors of self-promotion, sometimes they are just jealous. They may try to make their jealousy with religious sounding false humility, but it is jealousy just the same. This accusation of being self-promoting that is based on jealousy does not just exist in the realm of writing, but rears its ugly head in many different types of ministry.

For example, pastors of churches that do not do outreach accuse fellow pastors who use mass mailing or newsprint ads as being self-promoters. In reality, pastors using ads simply have a deep burden for the lost and want to use every means possible to reach as many as possible. From his perspective those ads are promoting the Gospel of the Kingdom. He cares not whether people know who he is; he just wants people to know who Jesus is.

What about a pastor who has a radio or television program? Is he a self-promoter because he gains a certain degree of notoriety through those avenues of ministry? Clearly, it is possible that his ego might swell, and he could become a self-promoter. But many good pastors preach faithfully from their pulpits and their sermons are broadcast to the community without falling prey to ego. They are not promoting themselves, but seeking to join God in His efforts of world evangelization.

What about Christian leaders who feel led to start Bible colleges or other ministry training programs? Do they do this to promote themselves, or because they want to train others to teach and preach the Word so that all people can have a chance to hear the Gospel before the Lord's return?

In any of these examples, it is possible for people to be self-promoters, but it is also possible for them to simply be following the leading of the Spirit to expand the Kingdom of God using the skills that God has gifted them with. They fact that they may become well-known for their ministries is immaterial. Those who may never be known must make sure not to be critical of those who may achieve some level of fame. Jealousy is unbecoming for Christians. Attempting to mask jealousy under thinly veiled attacks on the character of others by calling them self-promoters reveals wicked and evil hearts.

Let us rejoice when a church down the road grows beyond the size of our own. Let us rejoice that people listen to other pastors on the radio or television and grow in their faith. Let us rejoice that some writers have the ability to say things in ways that inspire, educate and motivate people to be better Christians. Let us rejoice in what God is doing in His kingdom instead of trying to tear it down. Let us stop using the accusation of being self-promoters as a weapon to attack those whom we are jealous of. Let us spend our energy and efforts lifting up Jesus instead.

Lord, help everything we do be for Your glory and not our own. Amen.