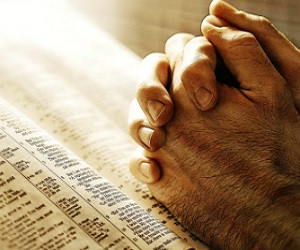 Psalm 107:28-30 - Then they cried out to the Lord in their trouble, and He brought them out of their distress. He stilled the storm to a murmur, and the waves of the sea were hushed. They rejoiced when the waves grew quiet. Then He guided them to the harbor they longed for.

Normally I am a very good sleeper. It drives my wife crazy that I can lie down and be so deeply asleep in minutes that she has to nudge me to roll over so I will stop snoring. But occasionally I will wake up in the middle of the night and not be able to go back to sleep.

During those wakeful nights sometimes I check Facebook to see what is going on in the middle of the night. Every time I see posts from friends who have significant prayer needs happening at that very moment. I then spend time praying for their needs. Normally I would have been asleep and not even known about those needs until the next day when the immediacy of the issues had passed. I believe the Lord woke me up so I could answer the call to prayer.

Most of us have had similar experiences waking up in the middle of the night for no reason. It is easy to just watch television or read a book until we get sleepy again. But perhaps the next time it happens, instead of watching reruns on TV or simply tossing and turning, we should consider wakefulness a call to prayer.

Lord, thank You for calling us to prayer, help us to be faithful in that calling. Amen.

This devotional is from the book “Heavenly Mundane” by Dr. Terry W. Dorsett. Dr. Dorsett has been a pastor, church planter, denominational leader and author in New England for more than 20 years. He is a happy husband, a proud father and adoring grandfather. He is a cancer survivor and believes that God works powerfully through times of suffering. He writes extensively and you can find all of his books at:
http://www.amazon.com/Dr.-Terry-W.-Dorsett/e/B00405U4NY