Taps by Technology and How it Impacts the Church 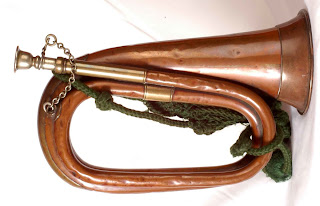 A couple of young adults and I were watching a news report on TV the other day. The report was lamenting the sad reality that 300 veterans die each day but there are not enough people trained to play taps at funerals so many of them are buried without the honor due them. The report went on to explain how one organization is making fake bugles that play taps electronically. The idea is that anyone can hold up a fake bugle and pretend to play it, thereby giving the veterans the honor they deserve in their farewell moments. The report also highlighted another organization trying to train more people to play taps because they feel having a person playing for real at each funeral is the only way to give the honor due to veterans. All agreed veterans needed to be honored. The question was, can we use technology to do it or not. The report shared viewpoints from each side of the discussion.

That led to an interesting discussion among those of us watching the report. The young adults I was watching the report with could not see how using an electronic bugle was dishonoring to veterans. From their perspective, using technology to meet a need made perfect sense. Technology can solve a lot of problems and this was one clear example. Obviously the older people being interviewed by the reporter strongly disagreed, suggesting only a real bugle player could meet this need. It was a difference of opinion that all came down to one's perspective about technology.

What does this have to do with the church?

Young adults have integrated technology into every aspect of life. It makes no sense to them why we would not use the solutions technology offers, even in a church setting. Why wouldn’t the words of a song and the announcements be projected on a screen or be done via video? Why wouldn’t everyone us the Bible app on their I-pad or phone? Why wouldn’t the pastor use a video clip as a sermon illustration? To them this makes perfect sense. They do not see it has disrespectful to tradition or a weakening of doctrine or theology. To them, technology is part of life, why not use it to its fullest?

To the older adult, not so much. They often struggle to see the value of technology at church. They struggle to operate that technology. They tend to think of it in negative terms, as if a Bible passage read on a phone is not the “real” thing or a sons projected on a screen is not “real” worship. This is a generational thing and no matter which side one takes, the other side will scratch their head in confusion over why it is such a big deal.

Here are the big questions we must ask: Is the aversion older adults have toward technology worth the souls of their children and grandchildren for whom technology just makes sense? Is the personal comfort with the “old ways” more valuable than the joy of seeing one’s children and grandchildren come to Christ and serve Him robustly? Do we love the next generation enough to embrace technology that comes to natural to them?

This issue is less about right and wrong and more about our personal preferences. Will our preferences trump our mission?

Lord, give us a heart for the next generation even if it means we must get using to technology at church. Amen. 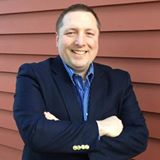 Dr. Terry W. Dorsett has been a pastor, church planter, denominational leader and author in New England for more than 20 years. He is a happy husband, a proud father and adoring grandfather. He is a cancer survivor and believes that God works powerfully through times of suffering. He writes extensively and you can find all of his books at:
http://www.amazon.com/Dr.-Terry-W.-Dorsett/e/B00405U4NY
Posted by Terry W. Dorsett at 7:29 AM