Will Christians Be Allowed to Hold Public Office in America? - Guest Post by Rev. Tim Counts

This letter was written by Rev. Tim Counts, Pastor of Northshire Baptist Church, Manchester Center, Vermont, in light of the outrageous and unconstitutional assertion by Senator Bernie Sanders that individuals who hold to a Christian world view are unfit for pubic office. It originally appeared on Rev. Counts' blog, He Must Become Greater, and is used by permission.

Dear Senator Sanders,
I am a pastor in Manchester Center, Vermont, so I am one of your constituents. And I am concerned. You and I both know that Vermont has added to the rich history of religious freedom in our great country. I live 25 minutes from the Old First Church in Bennington, where the following plaque is placed on the side of the historic church building: “First Church in Vermont dedicated to separation of church and state. Congregation founded by those seeking religious freedom.” As you probably know, First Church was “gathered” on December 3, 1762, the first Protestant congregation in the New Hampshire Grants. They were “separatists,” believing that the government should neither establish nor restrict religious freedom. They were seeking religious freedom, not freedom from religion. 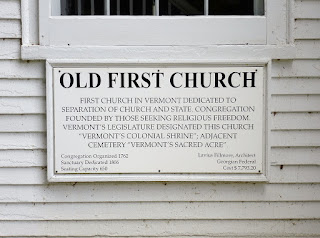 Your actions towards and comments to Russell Vought during his confirmation hearing for deputy director of the Office of Management and Budget endanger our rich history of religious freedom as both a state and a country.
Here is why I am concerned, and here is why I write you today: not only because I believe you violated Article VI of the United States Constitution in imposing a religious test as a litmus test for somebody’s fitness to hold a government office, but also because you then released this statement yesterday: “racism and bigotry—condemning an entire group of people because of their faith—cannot be part of any public policy.”
As I have read your comments towards Mr. Vought and watched the video of your interaction, I am astounded at how quickly you have tied together personal faith that Jesus is the only Savior with an individual’s public policy. As Mr. Vought tried to express but was interrupted, Christians believe that all people are made in the image of God and thus should be treated with dignity and respect, even while we hold to Jesus’ statements such as, “I am the way, and the truth, and the life. No one comes to the Father except through me.” (John 14:6)
We do not have to be Universalists theologically to be able to hold public office nor to be good citizens in the Green Mountain State or in the United States of America. I believe that the founders of First Church would have been shocked at your statements as they were leaving a government that told them what they could and could not believe. We have reverted back to a government that has a religious test, but rather than church membership allowing entrance into government office, it is now philosophical membership in secularism that holds the keys.
I ask you to clarify and clearly articulate whether or not you truly believe that a Christian who believes that Jesus is the only way to salvation can no longer hold public office in this country. Are you saying that citizens who are not atheists, agnostics, or Universalists cannot serve as government officials? As you have been reminded already since Wednesday, Article VI of the U.S. Constitution declares, “…no religious Test shall ever be required as a Qualification to any Office or public Trust under the United States.”
Evangelical Christians who hold to salvation in Christ alone may be a minority in our great state, but we are not racists or bigots, and our elected Senators should not make such broad-brush and intolerant statements.
I will continue to preach the gospel of Jesus Christ, which means the “good news” of Jesus Christ. It is a message of reconciliation to God and fellow man. It is good news that we offer to all people who will listen: “For God so loved the world, that He gave His only Son, that whoever believes in Him should not perish but have eternal life.” (John 3:16) It is a message that says that although our sin condemns us before the holy God, that Jesus took our condemnation on the cross and rose from the dead so that believers in him will never stand condemned (Romans 8:1). And if somebody really believes that message, they will embrace Jesus not only for salvation but also to help them live a life of service and love to others. Jesus himself said that all of the commandments are summed up in love for God and love for others (Matthew 22:36-40).
I will not only continue to preach that message, I will continue to pray that those of us who believe in this good news will be allowed to serve in public office; not promoted because of our faith but also not prohibited from service because of our faith. I am writing to you today not because you are telling me I cannot preach this message, but because you are telling me that those I preach this message to are “hateful” not because of their actions, but because of their faith. 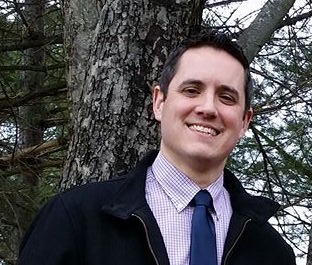 As a Vermont pastor, I ask my country for freedom to not only preach the gospel–but also for freedom for those I preach to–to hold their religious beliefs while also holding public office. If you return to our roots of religious freedom as a state and as a nation, the religious tests will stop. And you may find that those you classify as racists and bigots today not only believe that Jesus is the only way to personal salvation, but also that His way is a way of love that treats all persons with the utmost love, respect, and service–even in public office.
Sincerely,Tim Counts
A Concerned Pastor in Vermont