Note: In January my wife and I joined a group of other pastors and their spouses and made a pilgrimage to the Holy Land. It was a very moving experience. I kept a running journal of the trip so that I could reflect on the experience after I returned. This post is part of a series of blogs I have written to convey what I sensed while on this life changing trip. You can read about the entire trip in a devotional book called "Touching the Footprints of Jesus." 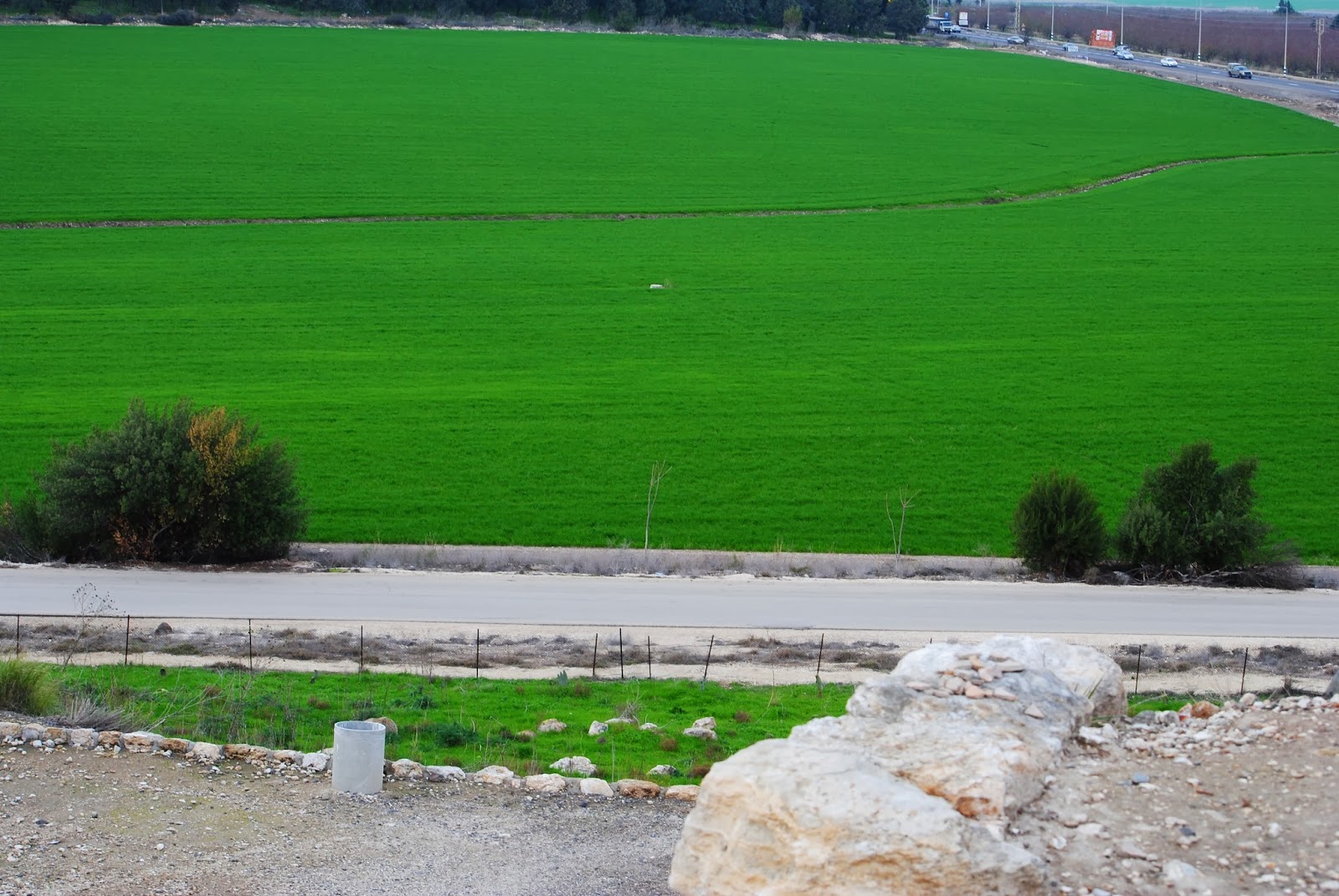 As we drove up to the top of Mount Carmel, I was struck by the beauty of it. For those who have never visited the Holy Land, it is a dry land and often barren. But in places where there is water, things grow in abundance. Mount Carmel is one of those places. What makes that fact so impressive is that it was not always the case. In 1 Kings 18 the story is told of how a drought had stricken the land of Israel due to the sins of King Arab and his people. For years no rain fell. It was so dry that all the brooks and streams dried up. Finally the prophet Elijah called together the people of Israel and told them to come to Mount Carmel. There on the mountain he publicly challenged the prophets of two false gods to a contest. They were to build an altar to their god. Elijah would build an altar to the true God. Then each side would ask for fire to fall on the altar of whichever God was real. After a full day of wild violent efforts to rouse the false god Baal to action, Elijah finally prayed a short prayer to the true God and fire fell on Mount Carmel and burned up the altar that Elijah had built proving that Elijah’s God, Yahweh, was the one true God. Shortly thereafter, rain came again to the land and the dry land blossomed once again. It is a powerful story of not only God’s supremacy over false gods, but also a story of God’s provision in difficult times.

As I stood on the Mount Carmel looking out over the plains of Megiddo, I was amazed by the beauty of it all. Lush green crops, trees as far as the eye could see, a land of milk and honey. I was not thinking so much of the past and of Elijah’s story, but of the future. My mind wandered to those scriptures that tell us that in the last days there will be a battle fought on those very plains around that very mountain. It is called the Battle of Armageddon. At that battle the enemies of God will rise up against Him. They will think they are powerful and mighty and will think they pose a threat to the King of Kings. But He will defeat them and the blood will run so high that it will be up to a horse’s neck. That is not a pleasant thought to contemplate, but I could not help but ponder it as I stood on Mount Carmel looking out at the plains of Megiddo.

In those moments I had an overpowering sense of the danger of defying God. In America we live in a culture that has defied God at every turn. Young people have mocked God, declared Him non-existent and His Word irrelevant. School teachers and college professors have bluntly told our children and young adults that they cannot trust the biblical accounts. Our political leaders will tolerate only a vague sense of cultural religion but nothing that has actual value or power. But history has proven time and again that cultures that do this end up destroyed. Lord, forgive us for our cultural arrogance and turn our hearts back to You before it is too late. Lord, stay Your hand of judgment and give us Your mercy and grace instead.
Posted by Dr. Terry Dorsett at 1:40 PM