Holy Land Pilgrimage – Lessons Learned from the Sea of Galilee

Note: In January 2011 my wife and I made a pilgrimage to the Holy Land. It was a very moving experience. This post is part of a series of blogs I have written to convey what I sensed while on this life changing trip. You can read about the entire trip in a devotional book called "Touching the Footprints of Jesus." 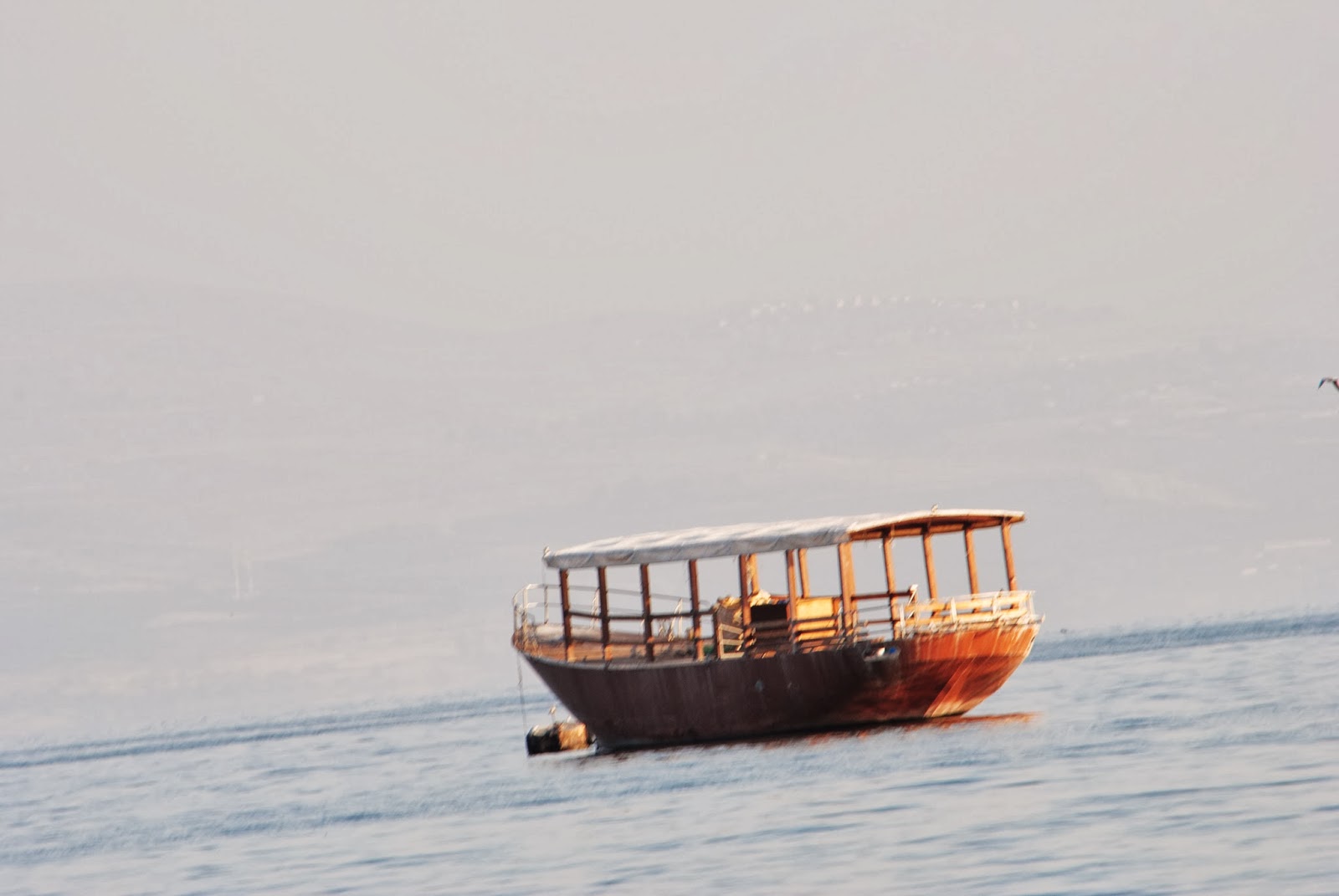 Part of our tour of the Holy Land included a boat ride on the Sea of Galilee. The Sea of Galilee is the world's lowest freshwater lake with a length of around 13 miles, a width of up to 8 miles, and a depth of as much as 150 feet. It was also known in ancient times of the Lake of Gennesaret and the Sea of Tiberius. The lake is fed by the Jordan River and the water is deep blue. Because of the shape of the mountains around it and the ease of pressure systems settling into such a low lying area, the Sea of Galilee is known for fierce storms that can rise up abruptly and create huge waves.

But we were not thinking of all that when we got on the boat that morning. We were stunned by the beauty of the lake and the crisp clean air and the mountains green with vegetation around us. As soon as the boat pulled out from the shore I notice that the piped music being played was familiar Christian hymns. Knowing that most people in that area were either Jewish or Muslim in their faith, I thought the boat captain was just trying to be nice to a group of pastors and had dug around and found some old CD of Christian hymns to play. But ten minutes into the ride the music shifted to modern praise and worship music and the volume increased so that you could hear it clearly. I began to wonder if the boat captain was a Christian.

Once we got in the middle of the sea, the boat captain gave us a short history of the sea and then told us that he was indeed a Christian. In fact, out of the many different tour boats that operate on the Sea of Galilee, he is the only Christian running one. He proceeded to share his testimony with us and then sing us some praise songs in both Hebrew and English. Though we could not understand the Hebrew words, we could understand the Spirit. To hear the King of Kings praised in His own language was a very moving experience. As I sat in that boat in the middle of the Sea of Galilee, the Presence of Christ was so real that I could have easily believed that I would see Him walking across the water to the boat as Peter and the disciples did in the Gospel.

Later that morning we toured a small village on the edge of the Sea of Galilee where they found a 2000 year old fishing boat that dated to Jesus’ time. No one knows who owned the boat, or what its history was. But after our own boat ride on the Sea of Galilee, it was easy to imagine Jesus standing in that boat 2000 years ago preaching to the crowd, or telling Peter to let down his nets to catch fish. That day on the Sea of Galilee was one of the highlights of my pilgrimage to the Holy Land.
Posted by Dr. Terry Dorsett at 7:53 AM