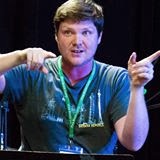 I know Saturday night is not the optimum time to post a blog, but there’s a storm outside, I lost my rhythm this week due to illness, and I really want to finish out my current blog series on the hidden struggles of church planting.  So consider this a bonus blog, or an apology one.  Whatever suits your personality better.


When I started this series, I intended to end on money.  It is certainly one of the greatest struggles for me, if not other church planters.  In the first post of the series, I said one of the reasons I love my job is that I get paid to do it. The truth is that I don’t get paid very much.  I didn’t enter church planting to get rich, but there have been a few months we were downright poor.  I think I will finish out with around thirty-eight thousand dollars for my total salary and housing this year, which sound alike a lot, but I have a family of six, and that number is just above the poverty line for a family our size.  Three years ago we were below poverty levels.  People just assume churches pay their pastors.  Very few think about how that money gets to them.
Since day one I have had to fundraise for my salary.  In the early days I also had to fundraise to pay church bills, but by the grace of God those days are over.  Incrementally over the past five years my church has upped the dollar amount they pay me every year, but according to the BCNE, New England church plants take five to ten years to become self-sufficient.  Self sufficient means they can pay all their bills and their staff on their own, with no outside assistance.  Vita Nova is about two-thirds on the way to self-sufficient.  My salary is the one thing left to fundraise for.
Fundraising is an amazing and heart wrenching act.  It tests your faith as you have to depend on God each month for a pay check.  But it also tests your patience, and you have to wait on forgetful people and organizations to give the money they told you they were sending.  It tests your resolve as you talk to people about your vision and mission and what God is up to, then ask them for money.  Its tests your endurance as person after person says they will pray about it.
The worst part about fundraising, though, is asking people to give and getting a positive response with no check to follow.  They say we will partner, and then never do.  I can not tell you how many people told me they were going to give and then never did.  I assume they didn’t want to hurt my feelings in the moment, but when you are counting on money to come in that was pledged, and it doesn’t, you can get deflated really fast.
Church planting in New England is a long and expensive prospect.  That makes fundraising all the harder.  If  I were to plant a church in the Bible Belt, within two years it could potentially pay me and other staff.  The cost of living would be about half what it is in Western New England.  I could by a house in the suburbs of Cincinnati for less than a third of what a small cottage costs in Amherst.  (My friends are looking to buy in Ohio and seventy thousand will buy them a home.  My mother in law has a small Cape in Amherst and it cost her two hundred and fifty thousand dollars!)  Then there is gas prices, food prices, everything costs more in the North East.  Often people don’t understand why a salary needs to be so “high,” why so much church funds need to be raised, and why it takes so much longer to be a church and not a plant.  Funding a New England church planter can seem like a loss for the kingdom when looking only at the bottom dollar.
To continue the efforts of planting in New England a church planter needs new contacts, longer partnerships and more everything.  That makes fundraising hard.  Especially for someone who is a native New Englander with very few ties to churches I was not launched out from or planted myself.  (I do have a few, just not as many as I need.)
I love what I do, even if I don’t get paid much, but fundraising is a huge stress on a church planter that very few others think about.  Others go to work and know there will be a pay check at the end of the week.  Church planters work in faith and trust God will give them enough to survive.  That is incredibly scary but incredibly faith building.  It is an adventure and stressor every paycheck.  It stretches us and hurts us at the same time.  I don’t want to whine, but to let you all know, if you said you were going to give to someone, make sure you are consistent and honest. Their dinner may just be on the line.
*If you are wondering how you can help, I am in the process of planting a second church in Greenfield Ma.  It is a poor town with poor people.  We are a poor church plant.  We could use funds, sound gear, pipe and drape, and donations for salary.  You can visit Vita Nova’s Website orPaypal.
Posted by Terry W. Dorsett at 9:01 PM