It is not uncommon for people to say that they don't go to church because of the hypocrites.
But how many know what an actual hypocrite is? This is a key element to the discussion. It can also help us have a better understanding of the state of the Church, and why people don't join with us in becoming all God designed us to be. One may think the church must be overrun with hypocrites. But is that true? And are hypocrites keeping people away from the church?

Some people accuse church people of acting one way at church, and another way when they are other places. That is probably true to a great degree. Yet, I would say that these accusers also act differently when they visit a church than when they are at the local bar. Hmmm.

Most Christians will admit to not being perfect. They will claim that by the grace of God, they aren't who they once were, but they also are not who they will become. They sometimes miss the mark when following Jesus. They have trusted Christ for salvation, but their actions don't always measure up. So while they claim one thing, you may at some point in the day catch them doing something else.
Let me just say, that is not being a hypocrite. If that person keeps you from church, you don't really understand what it means to be a Christian.

Now, there are people who claim to be Christians, but are only faking it, and using the name to gain an advantage. They do what Christian people do, but there is no true relationship with God, and they are only play-acting in order to fool people. In fact, that is the basic meaning of the word we translate ‘hypocrite’. The Bible speaks of hypocrites.

Υποκριτής [hupokritēs] - Greek - an actor under an assumed character (stage player)  - hypocrite.
Back in the day, an actor would hold up various masks to portray different characters. So to be a villain, he would place one mask over his face. To portray a hero, he would hold up a different mask. One person could be multiple characters. That is literally a hypocrite. And it is from this idea that we get our word ‘hypocrite’… one who wears a mask.

In the church, no one is an accidental hypocrite. A hypocrite is a person who is intentionally trying to deceive. They exist, but most people who are accused of being a hypocrite are not trying to mislead others.

The problem is, in the church, a hypocrite sometimes looks more like a real Christian than does a true growing Christian who happens to be struggling. So when you see a person once or twice, there is basically no way for you to know if they are a hypocrite, or a genuine Christian who is simply a stumbling disciple. That is one reason I don't buy into the "I don't go to church because of the hypocrites” objection.

So while there are certainly hypocrites who go to church, there aren't enough to legitimately keep you away. A person isn't a hypocrite just because they struggle and are tripped up in their Christian walk. The last thing that person needs is an outside spectator calling them a hypocrite.
God has a way of weeding out hypocrites. He also has a way of saving them. It is through the church. Don't let the enemy trick you out of God's gift of the Church. 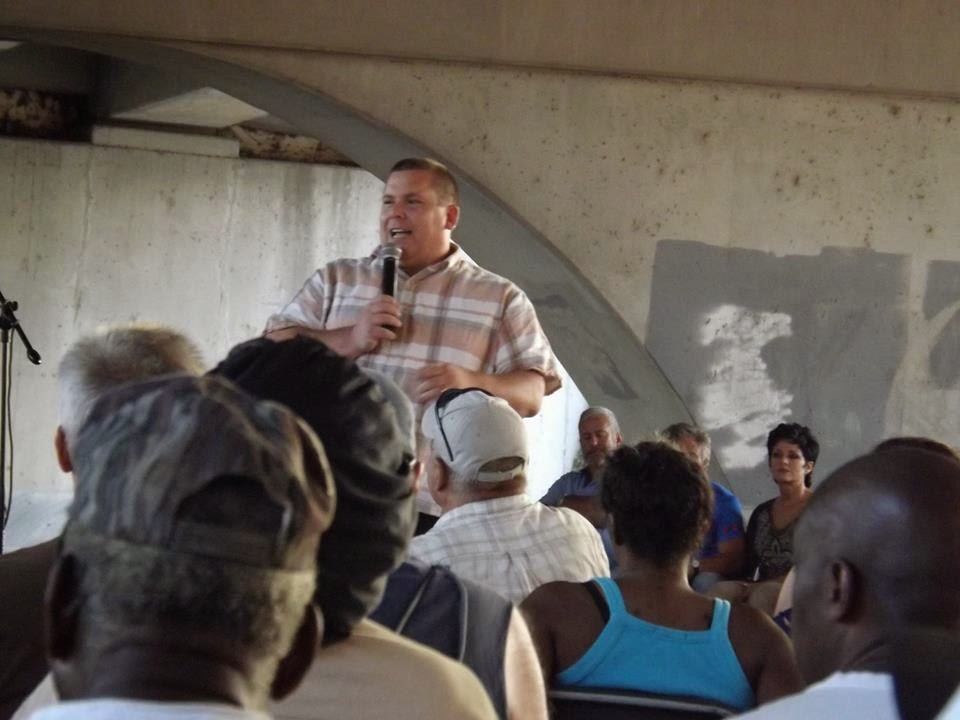 David W. Gould is ordained in the Wesleyan Church. He has pastored an inner city church in Nashville, TN and also served in various capacities at the District level. He currently writes and speaks on church and culture issues, and preaches in revival settings. David is also very involved in compassion-based ministries and has spent much of the last decade working with ministries to the homeless and poor.
Posted by Terry W. Dorsett at 8:00 AM