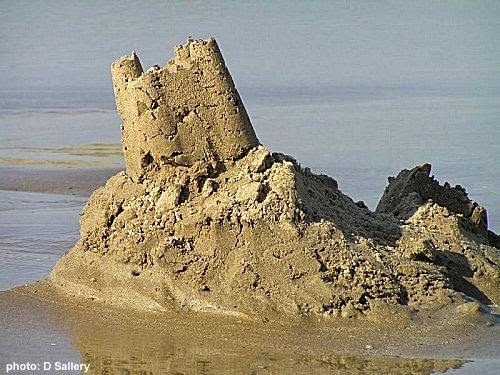 I saw him staggering across the sand as I packed up our chairs at the end of a great day at the beach. Soon the young man was not just staggering; he was vomiting onto the sand dune. He slowly made his way over the walkway through the sand dunes, stopping to relieve his lurching stomach every few steps. He finally sat down on the steps to the boardwalk and continued to discharge the contents of his stomach off to the side, in full view of others passing by. The young man’s father finally found him and tried to move him over to a more discreet place where he could finish emptying himself of the alcohol he had consumed. The very tense conversation between father and son was hard not to overhear. The son did not seem to understand that his father was trying to help him. The whole scene was sad to watch.

After my family passed by, I said to my own adult son, who was about the same age as the other young man, "I hope we never have a conversation like that." He assured me that we would never have such a conversation because our family was built on a solid foundation. We saw that young man several other times during our vacation at the beach, and it became painfully obvious that excessive alcohol drinking was only one of his issues.

One afternoon, after making a giant sand sculpture with my sons, we watched as the waves crashed in and destroyed our creation. In that moment, I thought about the young man we had seen throughout the week and how his life mirrored Matthew 7:24-27. That passage illustrates in a powerful way that if we build our lives on the Rock of Christ, when difficulties come, we will find the strength to endure. But if we build our lives on the shifting sands of our own selfish desires, doing whatever feels good in the moment, then when difficulties come, life falls apart. That young man, though barely launched into adulthood, was living a life that was already falling apart. This challenges those of us who know Jesus to build our lives on His Word, empowered by His Spirit, in a way that molds us to His image.

Lord, help us build our lives on the eternal Rock of Christ! Amen.