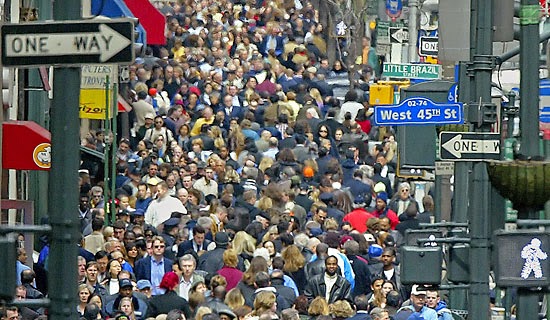 When many people think of bivocational ministry, the image that comes to mind often includes a small rural church led by a pastor who may have come to ministry later in life or has less formal training. Perhaps the reason this stereotype is so strong is because for generations small rural churches have been faithfully led by pastors who worked other jobs. Such pastors were often local farmers, carpenters, or cowboys who felt a call to ministry and labored to serve the church while remaining in their previous profession. While bivocationalism is a relevant issue in many rural areas, bivocationalism not only a rural issue.

There are many small churches in urban areas that are also served by bivocational pastors. This might surprise some people because urban areas have more people, and therefore one might think, larger churches able to fully compensate pastors. Yet, a growing number of urban pastors are bivocational. When discussing this issue recently with a denominational leader who serves 150 churches in the Philadelphia area, he told me that 70% of the pastors in those churches are bivocational. These are not rural churches. These are urban churches. Many of them have historic facilities in great locations. But they are no longer able to fully fund a pastor's salary. Fortunately, many pastors are willing to serve such churches because of their calling to ministry and their love for the saints. They are not in it for the money, nor the prestige, they are focused on being faithful to the Lord and His church.

If churches in urban areas have larger congregations than those in rural areas, why would their pastors still need to be bivocational? Sometimes it is the economic situation of those who attend the congregation. I have a friend in Connecticut with a church of nearly 200. It is primarily made up of single moms and their children. Though the congregation is sizable, and quite active, there is no way it could fully support a pastor. Even in churches where the congregation may have more resources, the cost of living in some urban areas is significantly higher than the national average. A church of 150 committed adults with an average middle class income may well be able to fully fund a pastor in a rural area, but it is less likely that the same size congregation of middle class earners in an urban area would be able to fully fund a pastor even though their budget might be significantly higher than a rural church. This is especially true if the rural church has a parsonage for the pastor to live in (as is often the case) but the urban church does not (which is also often the case). Another reality is that sometimes urban congregations have older buildings with high overhead. Relocating is never as easy as it sounds, and may not even be desirable if the church has a missional approach to its community. Therefore, a larger portion of the budget is consumed by the building, resulting in the pastor having to be bivocational. Yet another reason for urban bivocational ministry is that many churches in that context are ethnic churches. In some cultures the pastor is bivocational by default, it is just how it is done, regardless of the budget. There are also pastors who want to be bivocational so they can rub elbows with people in their community. They feel it allows them to be on mission right in the community they serve.

The reasons for bivocational ministry in urban areas are numerous, but it is a growing reality that impacts urban churches. But we must avoid the temptation to relegate urban bivocational pastors to the "second-class" category. Many urban pastors have worked hard to gain formal theological education. Others may not have a degree on the wall, but they took their classes on the streets of the city and have an intense understanding of what it takes to reach urban areas for Christ. They often preach with a passion empowered not by text books but by the Holy Spirit. Bivocational pastors have much to offer urban areas and deserve the same respect as their fully funded colleagues. We should be doing all that we can to encourage and lift up these pastors. We need to shake off the stereotype that this is just a rural issue. We need to avoid anything that makes these pastors feel "second-class." We must accept that bivocationalism in urban areas is growing and will not go away. These pastors are part of the team that can reach urban areas effectively. Will we let them have a seat at the table?

Terry Dorsett has been a church planter and author in New England for more than 20 years. He has served in both rural and urban areas. He is a happy husband, a proud father and adoring grandfather. He is a cancer survivor and believes that God works powerfully through times of suffering. He is the author of Developing Leadership Teams in the Bivocational Church.

Find all of his books at:
http://www.amazon.com/Dr.-Terry-W.-Dorsett/e/