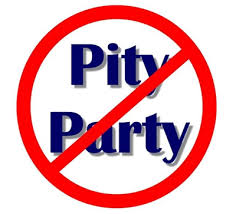 2 Chronicles 36:23 - This is what King Cyrus of Persia says: The Lord, the God of heaven, has given me all the kingdoms of the earth and has appointed me to build Him a temple at Jerusalem in Judah. Whoever among you of His people may go up, and may the Lord his God be with him.

The Old Testament kings of Israel were a mixed group. Though some honored God, most did whatever they wanted to with no regard for how it impacted their relationship with the Lord. Their disregard for the God of their fathers caused tremendous pain not only in their personal lives, but in their nation.

As the story winds down at the end of 2 Chronicles, the entire kingdom collapsed. Jerusalem was destroyed. The people were carried off into exile in distant lands. At first glance, it seemed that all hope was lost and nothing great would ever happen again in Israel. Then we come to the last verse of the story, 2 Chronicles 36:23. In that verse God touched the heart of King Cyrus of Persia, a foreign conqueror who was not a follower of the Jewish faith. King Cyrus passed a decree allowing the Jewish people to return to Jerusalem and rebuild their temple. This story, so filled with disappointment and failure, ends with a promise of hope.

Life is often like that for us when we allow God to be at work in our lives. We may face many failures, hardships and difficulties, but when we re-focus on Jesus, the Author and Finisher of our faith, we find hope in the midst of despair. Godly hope does not disappoint. It leads to amazing things we never thought possible.

The book of Ezra follows Chronicles. It picks up the story of the Jewish people in exile. In the opening verses we learn that not only were the Jews allowed to return home and build their temple, but that the very kingdom that enslaved them was now going to help pay for the repairs of the temple. Though some opposition remained, and many hardships still lay ahead, the tide had clearly turned. They were eventually able to rebuild their temple, which remained intact and functioning for hundreds of years.

Many times in our lives God uses the very thing that looked like it would destroy us as an instrument of blessing to us. I am reminded of Ephesians 3:20 which reminds us that Christ is able to do far more abundantly than all that we ask or think, according to the power at work within us. When we are discouraged, we must remember that better days are coming and they will be more amazing than we could ever imagine.

Lord, when we find ourselves in the midst of despair and our days full of trouble, help us remember that better days are coming. Amen. 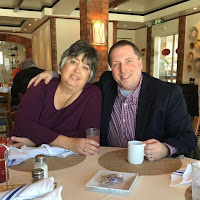