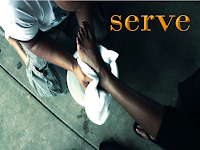 Proverbs 18:24 - A man with many friends may be harmed, but there is a friend who stays closer than a brother.

When people go through difficult times they will sometimes say “I know who my real friends are” in reference to the people who showed outward support during their trials. Such a comment is also a backhanded way to express disappointment with those whom did not show outward support. In a sense, it is also saying "I know who are not my real friends."

While there is some truth to this sentiment, we must be careful not to judge people who did not appear to support us the way we wanted them to during troubling times in our lives. Perhaps things were going on in their own lives that kept them from being able to demonstrate support in the way we had hoped. Maybe they did not talk to a friend who was going through cancer treatments because it brought back painful memories of loved ones who suffered terribly from cancer and died in great pain. Maybe they did not call a friend during a divorce because they are still dealing with the pain of their own divorce. We often forget that people around us have their own issues and those issues may keep them from expressing the support we wish they did when we go through our own rough times.

Becoming judgmental of them does not help the situation. If they are indeed our friends, then they are praying for us from a distance. That in itself is huge. When the moment is right, they will express whatever level of support they are able to, even if it is not when and how we had expected. But if we have cut them off already, with some judgmental comment, behavior or attitude, then we will lose what could have been an important source of support.

Lord, help us to support our friends during their times of trouble, and help us not to misjudge those who do not offer the type of help we expected in our own times of difficulty. Amen.

This devotional is from the book “Heavenly Mundane” by Dr. Terry W. Dorsett. Dr. Dorsett has been a pastor, church planter, denominational leader and author in New England for more than 20 years. He is a happy husband, a proud father and adoring grandfather. He is a cancer survivor and believes that God works powerfully through times of suffering. He writes extensively and you can find all of his books at:   http://www.amazon.com/Dr.-Terry-W.-Dorsett/e/B00405U4NY