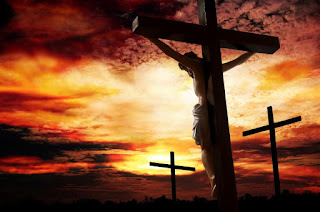 1 John 4:9-11 - God’s love was revealed among us in this way: God sent His One and Only Son into the world so that we might live through Him. Love consists in this: not that we loved God, but that He loved us and sent His Son to be the propitiation for our sins. Dear friends, if God loved us in this way, we also must love one another.

The summer my daughter got married she came home for a short time and packed up most of her belongings. The little that remained was either sold in a yard sale or donated to a local charity. Her room sat empty, except for one antique dresser. Weeks later my middle son leased his first house, along with three roommates. He also cleaned out his room. It sat empty across the hall from my daughter's, except for one desk he no longer needed. A couple of weeks after that, we dropped our youngest son off at a college more than 400 miles away. His room was also empty, except for a few items he stacked in boxes in a corner beside his bed. In the space of a few short weeks, all three of our children were gone. Their empty rooms bore witness to our new status as empty nesters. To be honest, my wife and I were pretty depressed that summer.

Deep inside we knew we should not complain. We had three healthy children who were all in various stages of getting an education and had bright futures ahead of them. Perhaps part of our struggle was that we almost lost our youngest son when he was four years old due to a severe car accident. We remember the wrenching pain in our chests when the doctor told us to tell him goodbye because we were not likely to see him again. We also remember the joy we felt when we found out he was going to make it. After such a horrendous experience, we were filled with gratitude that all three of our children were alive and healthy. But it still hurt for them to live so far away.

Many of my friends who had already experienced the empty nest told us that after a while it would get better. They were right, but for that whole season, it just hurt to have our children so far away.

Imagine how it must have felt for the Heavenly Father to send His Son Jesus down to earth knowing the pain, hurt and heartache He would experience? But it was what had to happen for the justice of God to be fulfilled. In the end, it was a good thing, but there must have been moments when it hurt the heart of the Father. As we deal with our own empty nest we must remember that Jesus’s story ended with the salvation of mankind and victory over sin and death. While our own children obviously will not accomplish as much as Jesus did, they may very well change the world. But it requires us letting them go, even though it hurts.

Lord, help our children to continue to walk in the truth and thank You for sacrificing Your Son for all the children in the world whom You are calling to Yourself. Amen.