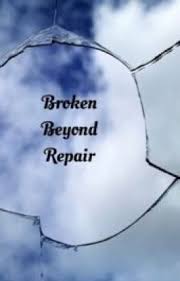 Proverbs 29:1 - He who is often reproved, yet stiffens his neck, will suddenly be broken beyond healing.

The mother sat in my office with her head hung low. I could barely hear her voice as she shared her story with me. Her son, who had always had a strong rebellious streak, had finally done something bad enough to land him in jail. As a result, he had lost the only good job he had ever had. He had lost custody of his daughter, the one bright spot in his life. His girlfriend was refusing to answer his calls or cooperate with his lawyer to get him out of jail. The mother sobbed "His whole life is ruined and there is no way to fix it."

Several years have passed since that conversation. To the best of my knowledge, he is back in jail again. Still broken, still stubborn, still rebelling against all authority. No amount of rehabilitation, counseling or punitive action seem to impact him. From a human perspective, he is broken beyond healing.

The only thing that can turn his life around would be for him to humble himself before almighty God, repent of his sins and place all his hope on Christ alone. But so far, he does not seem interested in that road to healing. So he struggles on, angry with his situation, blaming others, hating those who he perceives as the cause of his problem. Broken beyond healing.

Though this young man's situation is probably more extreme than most, he represents so many in our culture who are under the sway of the spirit of rebellion. That spirit of rebellion has caused them so much pain but they do not seem capable of turning loose of it. Until they do, they will remain broken beyond healing.

Lord, reveal Yourself in a powerful way to those under the sway of a spirit of rebellion. Bind that spirit and replace it with the overwhelming presence of Your Holy Spirit. Show them healing that only comes in the name of Christ through faith and repentance. Amen. 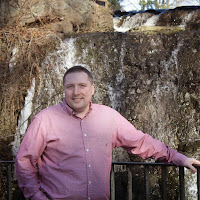